Maputo (AIM) – The demilitarisation of Mozambique’s former rebel movement, Renamo, began on Monday, when the first 50 Renamo fighters were demobilised at a ceremony at a Renamo base in Satunjira, in the central district of Gorongosa. 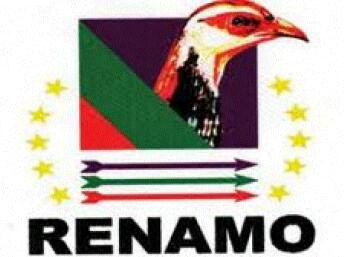 The ceremony was supervised by the Technical Committee on Military Matters, set up by the government and Renamo, and intended to lead to the demobilisation and disarming of the Renamo militia, and the integration of its members into the defence and security forces, or back into civilian life.

Addressing the ceremony, Renamo leader Ossufo Momade, cited by the independent television station STV, said it was an event of “great symbolism”. He hoped “we will not again commit the mistakes of the past”, and called for “humanised and dignified integration” of Renamo’s armed fighters.

But for this to “be a reality”, Momade expected the government and the international community “to honour the promises of support they made”.

“We want free, fair and transparent elections on 15 October, so that there is a just winner”, he continued. “We want democratic coexistence to be a culture among political parties. We never want the axe of terror to be unburied”.

Only six of the men demobilised on Monday handed over any weapons. The other 44 were not carrying weapons, and merely gave their names and other details to the Technical Committee. They are supposed to deliver their guns later.

The demobilised Renamo fighters will stay temporarily in an assembly point in Satunjira, where they will be issued with identity cards and demobilisation cards.

The demobilised men who spoke to STV said they were looking forward to doing something useful for themselves and for their families. None of them spoke of joining the army or the police. Indeed, they all looked far too old for this – one of them said he had joined Renamo in 1981. He had thus been in the bush for 38 years.

Momade said there are 5,221 Renamo fighters to be demobilised. This number seems far too large. The bulk of the Renamo forces that fought in the apartheid regime’s war of destabilisation were demobilised in 1993-94: although it was known that Renamo, in breach of its obligations under the 1992 peace accord, had held back some men, they were thought to number in the hundreds, not thousands.

When Renamo resumed its war in 2013-14, and again in 2015-16, this was a low level insurgency, limited in its territorial scope. At no time during the attacks of these years did Renamo appear to have a force of thousands.

The government spokesperson on the Technical Committee, Maj-Gen Eugenio Mussa, said “we expect this process to continue until we have achieved definitive peace. We are aware that the commitment, dedication and involvement of President Nyusi will be decisive to achieve this goal”.