The man behind ‘fake Jesus Christ’ 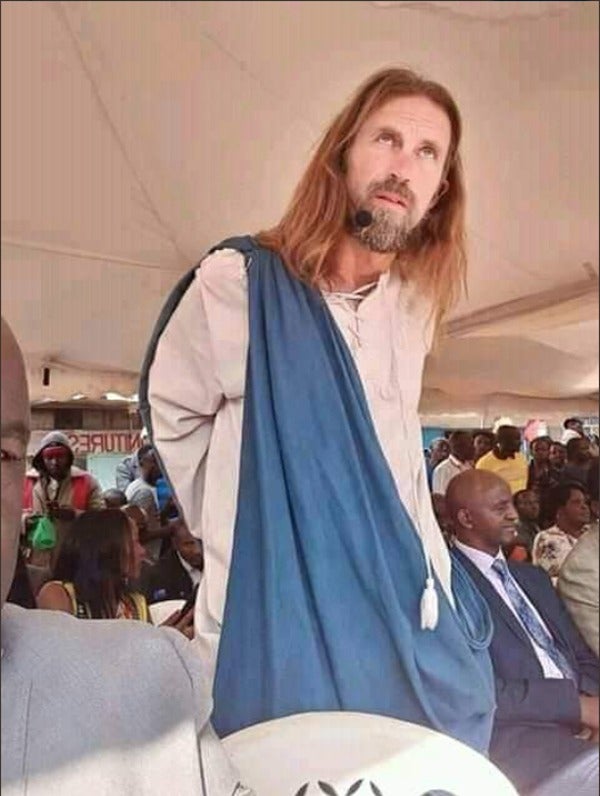 Photos and videos showing a man dressed as Jesus Christ have been widely shared on social media across Africa.

But who is the man and what was he doing?

One tongue-in-cheek tweet, shared more than 8,000 times and retweeted by among others South African opposition politician Julius Malema, says “a pastor from South Africa invited Jesus Christ from heaven to preach in his church”.

But the photos are actually from an event late last week in Kiserian town, which is about 25km (15 miles) south-west of Kenya’s capital, Nairobi.

The man is a US preacher and actor called Michael Job, attending an interdenominational Christian event as a guest speaker.

He lives in Orlando, Florida, where he has been playing Jesus at The Holy Land Experience theme park, which describes itself as “a living, biblical museum”.

From a video he uploaded to his Facebook page over the weekend, Kenyan agricultural and furniture shops are visible – the same ones that can be seen in the photos purporting to be taken in South Africa.

Tweeters have generally been making fun of the photos and how pastors in Africa like to claim miracles.

One that has been shared on some blogs alleges that “a Kenyan pastor claims he has found Jesus Christ walking on the streets of Kenya”.

The photo in the tweet is actually of Mr Job preaching earlier last week at the Pentecostal Evangelistic Fellowship of Africa (Pefa) church in Kitengela town.

Report this social embed, make a complaint In videos of his Kenyan sermons, the US preacher promises miracles and healing – for which he has received some criticism on social media.

This is not his first African tour, earlier this year he was in Togo, although photos he posted from there show him dressed less theatrically – in a suit.