New York –The Committee to Protect Journalists today welcomed the release of Angela Quintal, CPJ’s Africa program coordinator, and Muthoki Mumo, CPJ’s sub-Saharan Africa representative, from detention in Tanzania and called for Tanzanian authorities to halt their ongoing crackdown against a free press. 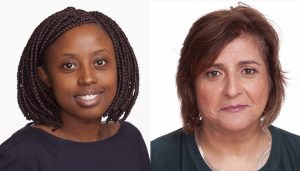 Quintal and Mumo were detained yesterday at their hotel in Dar es Salaam by immigration and security officials, taken to an unknown location, and interrogated about their work. They were allowed back to their hotel after several hours of questioning. Their passports were seized and only returned midday today. During their detention, Quintal and Mumo’s phones and computers were also seized. While they were detained, a false tweet saying they had been released was sent from Quintal’s personal Twitter account and repeated attempts were made to access Quintal’s email. The two CPJ staff members have now safely left Tanzania.

CPJ Executive Director Joel Simon expressed gratitude and appreciation to journalists, media and press freedom organizations, and government officials who spoke out about Quintal and Mumo’s detention. Simon noted in particular the assistance of the South African and Kenyan governments.

“Angela Quintal and Muthoki Mumo traveled to Tanzania to understand the challenges facing the Tanzanian press and to inform the global public,” Simon noted. “It is deeply ironic that through their unjustified and abusive detention of our colleagues, Tanzanian authorities have made their work that much easier. It is now abundantly clear to anyone who followed the latest developments that Tanzanian journalists work in a climate of fear of intimidation. We call on the government of Tanzania to allow journalists to work freely and to allow those who defend their rights to access the country without interference.”