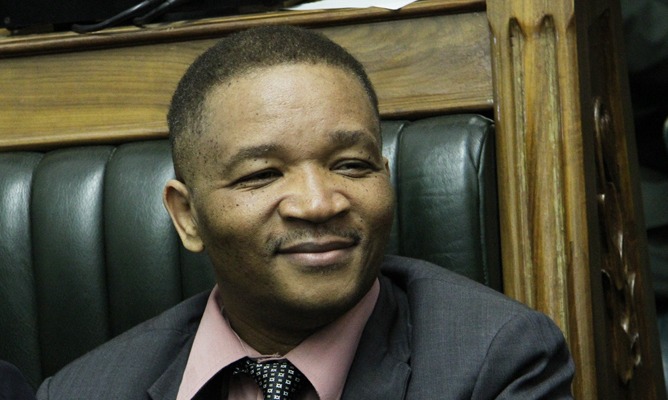 THE Diaspora Infrastructure Development Group (DIDG) has vowed to pursue the US$400 million National Railways of Zimbabwe (NRZ) recapitalisation deal to the end following its termination by government last year.

Government last year, under the instigation of Transport and Infrastructural Development minister Joel Biggie Matiza (pictured), cancelled the US$400 million deal signed two years ago with the DIDG, claiming the group had failed to comply with contractual timelines.

This was despite the fact that the South African consortium had furnished Matiza with indicative funding term sheets with a cumulative value of over US$1 billion.

Following the cancellation of the deal, the group refused to budge, threatening to slap the moribund local rail operator with a US$215 million lawsuit for missed opportunities and other related costs.

DIDG chairperson Donovan Chimhandama told NewsDay Business that they would continue pursuing all options at their disposal with the singular aim of implementing the transaction.

Some of these options include direct engagements with the NRZ and the government; continued engagement and apprisal of the financial institutions involved; and the legal route.

“There hasn’t been much movement because of this lockdown. They wrote to us saying they intend to cancel the tender. They asked for a meeting but at the moment because we are not allowed to travel, there isn’t much we can do,” he said.

“There hasn’t been any progress but our position still stands, we are pursuing NRZ to the end,” he said, adding once travel restrictions have been relaxed, they would come for a meeting with the management.

Commenting on the investment climate in Zimbabwe, Chimhandama said: “Obviously, it’s hard for us to try and think of investing in any other thing when we have spent so much time and money…I mean that doesn’t give us confidence in any way that any other project will work.”

“So we have to make this one work before we can even think of any investment. Otherwise, we will be starting another one which will fail, so then what’s the point?” he said.

In the wake of the termination of the deal, DIDG and related companies are reportedly shifting their investment priorities from Zimbabwe to the region, and are rolling out infrastructure projects totalling US$350 million in neighbouring South Africa.

Under the US$350 million projects the consortium has reportedly lined up for South Africa, DIDG will inject US$50 million to implement a range of utilities programmes.

DIDG is a diversified infrastructure investment, development and operations company with a focus on transport, power and energy, water, agriculture and ICT.