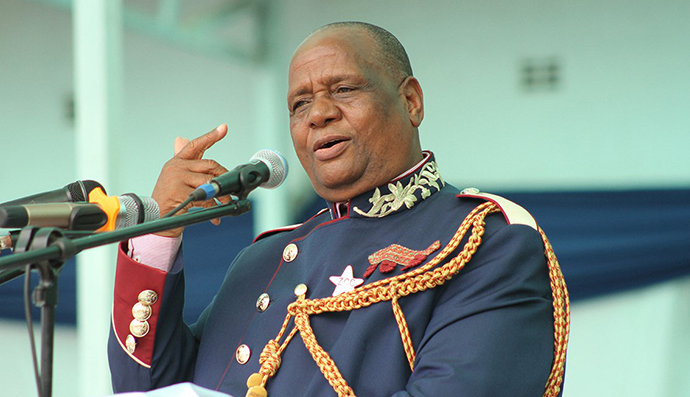 ZANU PF-ALIGNED clerics yesterday described disputed elections as bad and divisive, but stoked controversy by saying the State House should not be occupied by unpatriotic politicians, in reference to the opposition.

They made the statements yesterday at a national thanksgiving and dedication service held at the Zimbabwe International Trade Fair (ZITF) in Bulawayo.

The annual event was held under the theme Pursuing Nation Building Initiatives in the Spirit of Godly Patriotism Ownership Unity and Inclusiveness, attended by President Emmerson Mnangagwa.

“Let us all work to achieve peace now, let us find peace with each other. Disputed elections divide our beloved nation. They derail our development plans, they hinder our progress, there are no winners, we are all losers. Let us teach the people, let us be one, let us unite. It was the last wish of Joshua Nkomo (late Vice-President),” Mutendi said. Nkomo died in 1999.

Zimbabwe elections since the turn of the millennium have been disputed, leaving the country polarised.

In 2018, the opposition MDC Alliance led by Nelson Chamisa alleged that the first vote since the overthrow of the late former President Robert Mugabe in a November 2017 coup was rigged by the Zimbabwe Electoral Commission (Zec) in favour of Mnangagwa. The Constitutional Court ruled in Mnangagwa’s favour, but Chamisa has refused to recognise his presidency.

At least six people were killed by the army in the violence that followed the polls.

The country will hold by-elections for the vacant 133 parliamentary and local government seats during the first quarter of 2022.

The seats became vacant following the recall of MDC Alliance legislators and councillors in 2020 by a rival faction, MDC-T.

Mnangagwa said he would proclaim the election date early next month.

Several members of a Zanu PF G40 faction that were said to have coalesced around the former First Lady Grace Mugabe fled the country in 2017 after Mugabe was removed by his military chiefs in a coup.

The alleged G40 members include former ministers, Jonathan Moyo who is based in Kenya, Savior Kasukuwere, Patrick Zhuwao, Walter Mzembi and Godfrey Gandawa, who are reportedly holed up in South Africa.

“There are a lot of opposition parties. The MDC has finished all alphabetical names. There is only one leader, sit down and follow. Your Excellency, you are making a mistake by giving the opposition parties cars. Next election there will be no opposition part because they are all coming for cars,” said Manhanga, a Pentecostal Assemblies Church of Zimbabwe bishop.

The vehicles, which were said to be for Polad activities, will belong to the members after three years.