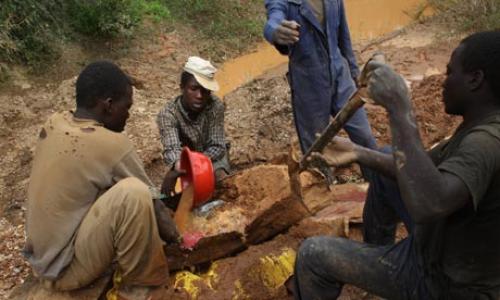 BY KENNETH NYANGANI
A ZANU PF councillor in Odzi, Manicaland province, Luckson Mawanga, has been sucked into a ritual storm in a case where he is fighting for control of a gold mine in the district.

Mawanga, who heads Paari mining syndicate, recently lost an appeal against the cancellation of his certificate of registration of the mine.

Paari Mining appealed to the Mines and Mining Development minister Winstone Chitando to stop the cancellation of registration after losing control of the mine to Twin Castle (Private) Limited.

Sources in Odzi yesterday told NewsDay Weekender that Mawanga reportedly carried out some rituals at the mine allegedly in the company of a traditional healer.

“Mawanga came to the mine this week in Odzi and conducted some rituals as he is eager to control the mine. He tied an animal to a tree before conducting some rituals. He was accompanied by someone who we believe is a traditional healer. There were some eggs and some names written on a white paper which he left,” a source said.

“He entered the mine using a side which is not fenced. The councillor thought he was not being seen, but some security officials at the mine were very alert and saw him before he drove off. There were some names of Twin Castle directors written on the white paper left on the site.”

Mawanga was not immediately available for comment, but his son, Elisha, dismissed the ritual claims as untrue.

“These are just lies. We know what they are targeting and it’s very unfortunate that they are not doing very well at the mine,” he said.

Paari Mining and Twin Castle have been fighting for control of the gold mine.