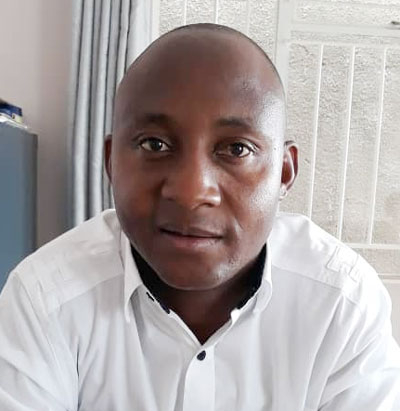 HARARE medical doctor Johannes Marisa has raised a red flag over the prosecution of a case in which his Ruwa house was razed by fire in a suspected case of arson.

Marisa’s double-storey house in Riverside Park, Ruwa, was gutted by fire in January and three people, his nephew and two employees, were arrested and appeared in court charged with theft and malicious damage to property.

Blessing Mahutse (20), Simon Chavhunduka (19) and Garikayi Ekaya (36), allegedly stole US$50 000 from Marisa’s bedroom before setting it on fire to conceal the offence.

The trio appeared before magistrate Barbra Mateko on February 3 and was remanded in custody.

The accused were released on bail on March 29, and will be at the courts for commencement of trial on May 17.

Due to the delay in the prosecution of the case, Marisa on Wednesday filed a complaint with the National Prosecution Authority (NPA).

In a letter addressed to Prosecutor-General Kumbirai Hodzi, Marisa said he wants the prosecutor handling the case, Lancelot Mutsokoti, to step down.

“The accused persons appeared for initial remand on April 10 at Rotten Row Court 6 and the matter was remanded to March 29, then April 16 and now May 17. I am, however, worried that the prosecutor handling the matter is not keen on co-operating with me as the complainant for the purpose of trial preparation,” Marisa said.

“I am in the dark regarding the matter as the prosecutor is always avoiding me. I approached the investigating officer, who also explained the challenges he was facing with the prosecutor regarding trial preparation.”

Marisa said it would not be surprising that on the next remand date, the matter would not be ready for trial with the intention of enabling the accused persons to be removed from remand.

He said this could be possible through “possible corrupt means considering that there was a huge amount of money that was stolen from me”.

“I, therefore, hereby approach your good office with this complaint against the prosecutor handling my case. I request that the said prosecutor be investigated for possible criminal abuse of office,” Marisa wrote.

“I believe there is no reason why this matter cannot proceed to trial if the prosecutor acts diligently. I further request for the appointment of a different prosecutor to handle the case as Mr Mutsokoti is treating us as if we are the accused persons.”

Meanwhile, a Harare woman also approached the NPA over the handling of an attempted rape case involving Mahutse.

The complainant filed a complaint with the NPA expressing doubt over the manner in which her case is being handled.

In a letter addressed to Hodzi, Marisa said he suspected there could be some attempts to kill the case.

“The accused person appeared for initial remand on February 13, 2021 and I was not allowed to enter the courtroom and neither did the prosecutor update me on what had transpired in court,” she said.

“I later learnt from the prosecutor in charge after making several follow ups that the accused had been granted bail on the same date February 13, 2021 and I suspect that the prosecutor could have consented to bail for reasons not known
to me.

“The prosecutor refused to take or even check my phone messages which linked the accused person to the crime.”

The complainant in the letter said on April 16, 2021, when they attended the court for the first time after the initial appearance, her efforts to meet the prosecutor for updates on the proceedings hit a brick wall.

“The prosecutor was always with the accused person in his office,” she claimed.

“On that same day, April 16, 2021, the accused was removed from remand yet myself and the witnesses were available to testify.

“The prosecutor did not also explain to me the reasons why the accused had been removed from remand. The prosecutor was, instead, avoiding me on the day.

“I, therefore, hereby approach your good office with this complaint against the prosecutor Court 6 Rotten Row Court.”

The complainant said the prosecutor should be investigated for possible criminal abuse of office.

“I believe there is no reason why this matter cannot proceed to trial. I further seek the appointment of a different prosecutor to handle the matter,” she said. “We anticipate your assistance in the matter.”