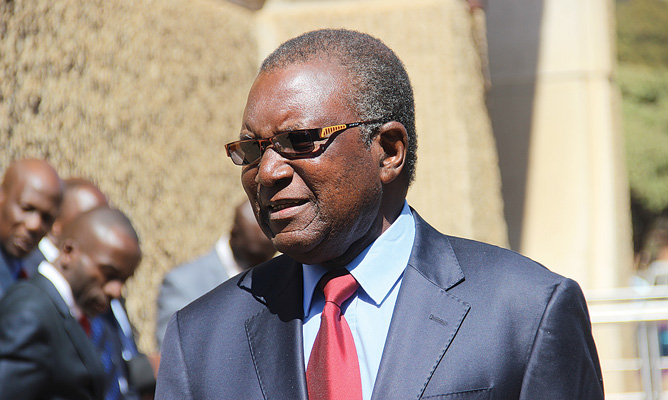 While presenting a ministerial statement on DDF in the National Assembly, Gumbo said the national rehabilitation department was relying on old equipment due to lack of funds to retool.

“I wish to advise the esteemed House, Mr Speaker Sir, that the sanctions imposed on the country since the land reform programme have affected the maintenance of the DDF plant and equipment which was either donated or bought mainly from the Western world,” he said.

“As a result, the DDF now relies on plant hire services from the private sector whose charges will always be prohibitive.”

Gumbo said the department was underfunded by Treasury, which resulted in its failure to perform its developmental mandate of maintaining infrastructure, ensuing water supplies, and providing tillage services to rural communities.

“Mr Speaker Sir, it should also be noted that the resources allocated to DDF for road construction and routine maintenance are disproportionate to the road network that falls under the jurisdiction of the institution.

“The DDF is in charge of 60% of the national rural feeder roads inclusive of the newly opened resettlement areas which came with the land reform,” he said.

But Mutasa Central legislator Trevor Saruwaka (MDC Alliance) said government was using sanctions as an excuse to cover up for its incompetence.

He said government had an option to buy new equipment from friendly nations, adding that blaming sanctions was an indirect admission that the country could not do without the Western countries.