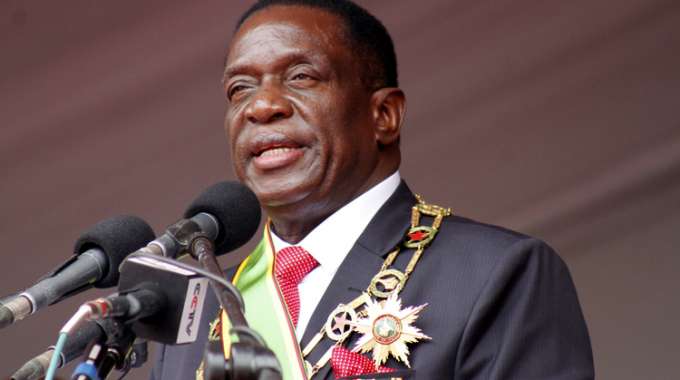 Thandeka Moyo Bulawayo Bureau
Doctors who have been on strike since the beginning of last month have said they are resuming work today. Some departments at major Government hospitals such as Mpilo Central Hospital in Bulawayo had been shut down as a result of the strike. The industrial action was called off during the Easter holidays and the doctors said they are resuming work today.

In a statement, Zimbabwe Hospital Doctors Association said they had finally reached an agreement with the Health Services Board after President Mnangagwa intervened.

“Procurement of essential medicines and drugs is in motion and we expect an improvement soon so that we offer quality health care to patients. There was an upward review of on-call allowances,” said Dr Mxolisi Ngwenya.

He said doctors would work hard and continually review the situation until the attainment of regional and international standards.

“Should the Health Services Board fail to honour the agreement we will have no choice, but to express our grievances again.
“We would like to thank His Excellency, Cde Mnangagwa for his intervention and swift action hence doctors will report for work in their numbers,” said Dr Ngwenya.

He said the process of procuring equipment and medicines was underway and doctors were aware of the shortage of foreign currency hence were not expecting change overnight.

United Bulawayo Hospitals (UBH) clinical director Dr Narcisius Dzvanga said everything should normalise today.
“No one comes from strike on a holiday and doctors will report for work tomorrow (today). The strike ended during a holiday and no one had put them on duty hence everything will normalise tomorrow,” said Dr Dzvanga.

His Mpilo Central Hospital counterpart Dr Solwayo Ngwenya said he was grateful that patients would from today be able to access the out-patients department which had been closed.

“These developments came by during a holiday and people had travelled before knowing about the end of the strike hence we expect all doctors to report for work tomorrow. We had made roasters to stretch up to April 3 to cover the holidays. All our departments will be fully operational tomorrow,” said Dr Ngwenya.

Community Working Group on Health director Mr Itai Rusike said the end of the strike would bring relief to members of the public who were failing to access health services.

“The month long strike action had a serious impact on the already strained health sector which does not have enough medical personnel, drugs and equipment.

“Never again should we put our people at risk by failing to dialogue and agree on issues of national importance,” said Mr Rusike.

He said Government needs to strengthen its labour dispute handling procedures for the essential services in order to avoid unnecessary pain, suffering and avoidable deaths.

“I hope the agreement signed by the Government and the doctors will address the root causes of perennial job action and also take into consideration other health professionals to avoid nurses also downing tools,” said Mr Rusike.