Does Lewandowski fit in at Barça? 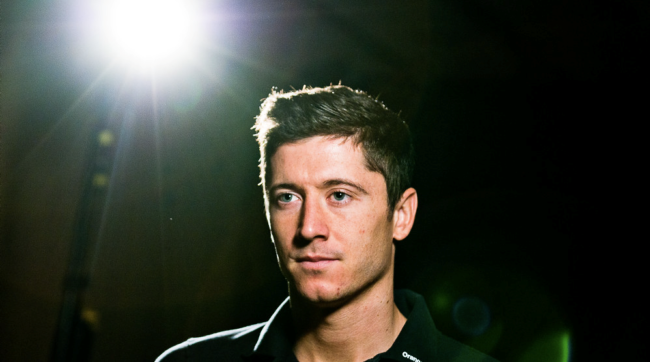 Robert Lewandowski under a spotlight

In recent days, it has been revealed that Poland’s Robert Lewandowski is close to Barcelona. The Best-winning striker does not want to renew his contract with Bayern Munich, as they are offering him two years only.

Barcelona wants a lethal number nine and are willing to give him the three-year contract he is asking for, but the 33-year-old’s arrival at Barcelona is not that simple. He still has a contract with the German giants and if Laporta wants him to join Xavi’s team he will have to pay around 40 million euros.

Can you imagine if Lewandowski arrives at Barcelona? I think that if it happens, it would be a good idea to go to Bookmaker Ratings and bet on what the Barcelona team can do next season. There you will find the best places to bet with a lot of safety.

It is well known that Los Blaugranas have financial problems, but Joan Laporta has cleaned up the club’s finances and put them in a position to build up. The trauma of losing Messi is still fresh in their minds, and they will probably end the season without any silverware.

That is unacceptable for next season, and that is why Barcelona’s sporting management wants to strengthen the squad on all lines, but especially in attack. Erling Haaland seems impossible because of the price and salary, but according to reports in the Catalan press, Lewandowski is willing to lower his salary to arrive at Camp Nou.

Several insiders at the club say Lewandowski is a very real possibility to strengthen the forward line, which has been one of the club’s biggest headaches.

Aubameyang has been a good solution, but he is the only one available; they need another option and Lewandowski offers a lot of goals and football.

The Pole knows how to play with the ball at his feet, but he needs to be supplied with opportunities in order to score. At Bayern Munich, he has assistants everywhere. At Barcelona, he can play with Ferrán, Dembelé, Pedri and Gavi, so he will have assists.

In Xavi’s 433 system, Lewandowski would play alone up front and would most likely be rotating the starting line-up with Aubameyang or Luuk de Jong, which he might not like at all. Part of his decision to join Barça was that he would be the absolute protagonist of the attack, similar to what Luis Suárez was like at his time.

The Culés need goals, since the Uruguayan left their production in front of goal has been pretty average, nothing like what Suarez or Messi offered. They have struggled to get their goal scoring touch back. But one thing the Catalan coach did when he arrived was to give the team options all over the pitch, and this has led to goals being shared out.

Aubameyang and Depay with 11 goals are the team leaders, before, you had Messi with more than 30 and Suarez signing over 20. Now there are 22 players who share the 79 goals of the Blaugrana squad this season.

This speaks to the lack of a penalty area killer; that’s where Lewandowski comes in. But here come the cons; it might not be the best idea to bring in Lewi.

At 33, he is already a veteran striker who may start his decline soon. Bringing in a striker of that age slows down the progress of youth players, who would have to wait their turn.

There is a section of the club that doesn’t want Lewandowski because he is not versatile. He’s not a player who creates chances; he doesn’t play on the wing and he doesn’t defend. In Xavi’s system, you need players who can occupy other areas of the pitch.

Another disadvantage is the cost and his high salary, because, even if he lowers his salary, he would be one of the best paid players in the squad and at the moment the club can’t afford to spend or pay millionaire salaries.

The sporting director of the Bavarian club Hasan Salihamidzic said that if they want him they have to pay the 40 or 50 million that he costs, and it is known that Bayern are hard to negotiate with and are not going to let the striker go that easily.

From Barcelona, they see the incorporation of Lewandowski as possible, but Laporta already warned when he let Messi go. He is not going to risk the integrity of the club to bring in any player, which is why he withdrew from the bidding for Haaland.

It’s not unbelievable to see the Polish international in the blaugrana jersey. But it looks complicated, and if he arrives Xavi will have an excellent attacking weapon, but his philosophy is to trust in young players, so we are not so sure that he will use him as they use him in the German team.

Would you take him, and do you see him in Barcelona?