How much does European glory cost? Manchester City and its billion-euro investment 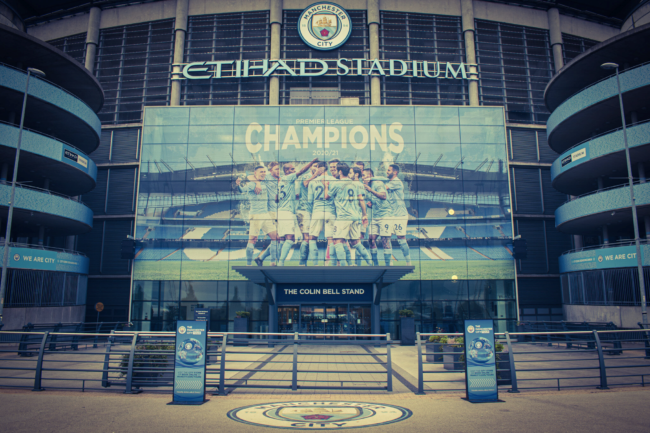 Manchester City was bought by the Abu Dhabi United Group in 2008 and the idea from the start was simple. To bring it out of mediocrity and make it a world-known powerhouse.

Since then, they started buying players in search of results, and in England, they have succeeded.

The problem is in Europe, the club has not been able to win the Champions League, which is the object of desire of the investment group.

They hired Josep Guardiola in 2016 and gave him carte blanche to hire whoever he wanted to build a team capable of winning everything. Frankly, his record at the helm of the Cityzens is impressive.

Three English leagues, 1 FA Cup, 4 Carabao Cups, and 2 Community Shields. City has practically won everything, but they are missing the crown jewel that came so close last season, but Chelsea snatched it out of their hands.

This season they are likely to win the coveted cup, and it would be a good idea to bet on the English team using tips at the best football prediction site free where the most profitable advices are available.

But the question here is how much did City spend to win the Champions League? The answer may come as a surprise because it is a pretty serious amount.

According to CIES Football Observatory the Skyblues have spent £1699 million, around 2021 million euros.

They have bought players like Robinho, Gundogan, Sané, Gabriel Jesus, Sergio Agüero, and all have delivered fantastic results, but have fallen short of European glory. Now, this amount is since they acquired the team. Pep has spent around 900 million euros in his time in charge of the team. Only in his first season, he didn’t win anything, but from that moment on there has not been a season with no trophies.

Pep’s work is impressive, but along with all the money spent to bring in Guardiola, Txiki Begiristain was hired as director of football, and he has been responsible for the team’s football intelligence.

Begiristain was responsible for the team that won the sextuplet in Barcelona, which means that City not only hires on the pitch but also invests in the back office, which we sometimes don’t consider to be one of the most important jobs.

Players are responsible for scoring goals, but choosing who will score them is a very complicated job, and Pep knows he has to have the best on and off the pitch, which is why he has his most trusted man with him, since his spell at Barcelona.

It is also important that the owner has your back and if management wants an expensive player, City have the advantage of having fairly deep pockets and bid for the player they want.

There are teams that cannot afford them, like Barcelona, or are looking to make loans, as is the case with Bayern Munich. This is another model, trust the analytics, but that is another story.

In fact, Cristiano Ronaldo was recently in their orbit but did not arrive because the striker decided to go to his Alma mater, Manchester United, which we will talk about a little later. The club has healthy finances thanks to its owners.

City have spent more than £1,699m, but have only raised £715m. How can they still be an example of sound management if they spend more than they earn?

The answer lies in the results. In football, when a team delivers results and championships, it makes up for a lot of what it has spent.

Many teams in Europe spend more than they earn. Barcelona, Real Madrid and several Premier League teams work like this, but here it’s all about managing debt and distributing the sporting rewards for winning titles.

This is where City are world champions; their spending is comparable to their success. Their city neighbour Manchester United is the team that has spent the most without significant results in the world.

With a €1 billion deficit, the Red Devils have not been able to reflect all the checks they have signed in their trophy cabinets.

What’s more, they have far more problems than joys. One of the examples of poor sporting intelligence is Paul Pogba.

They let him go for free and years later bought him for around 90 million euros. This season the Frenchman finishes his contract and is fed up with the team, he is going to leave for free again. He only won one Europa League and one Carabao Cup. That’s not good business.

In the end, it is sporting and administrative intelligence that makes the difference. City puts its money not only on the pitch, but also in the offices. Yes, it has spent a lot, but it knows where to do it.