Afghanistan clinched the three-match T20I series against Zimbabwe at the first opportunity when they coasted to a 45-run win in Abu Dhabi on Friday, 19 March. 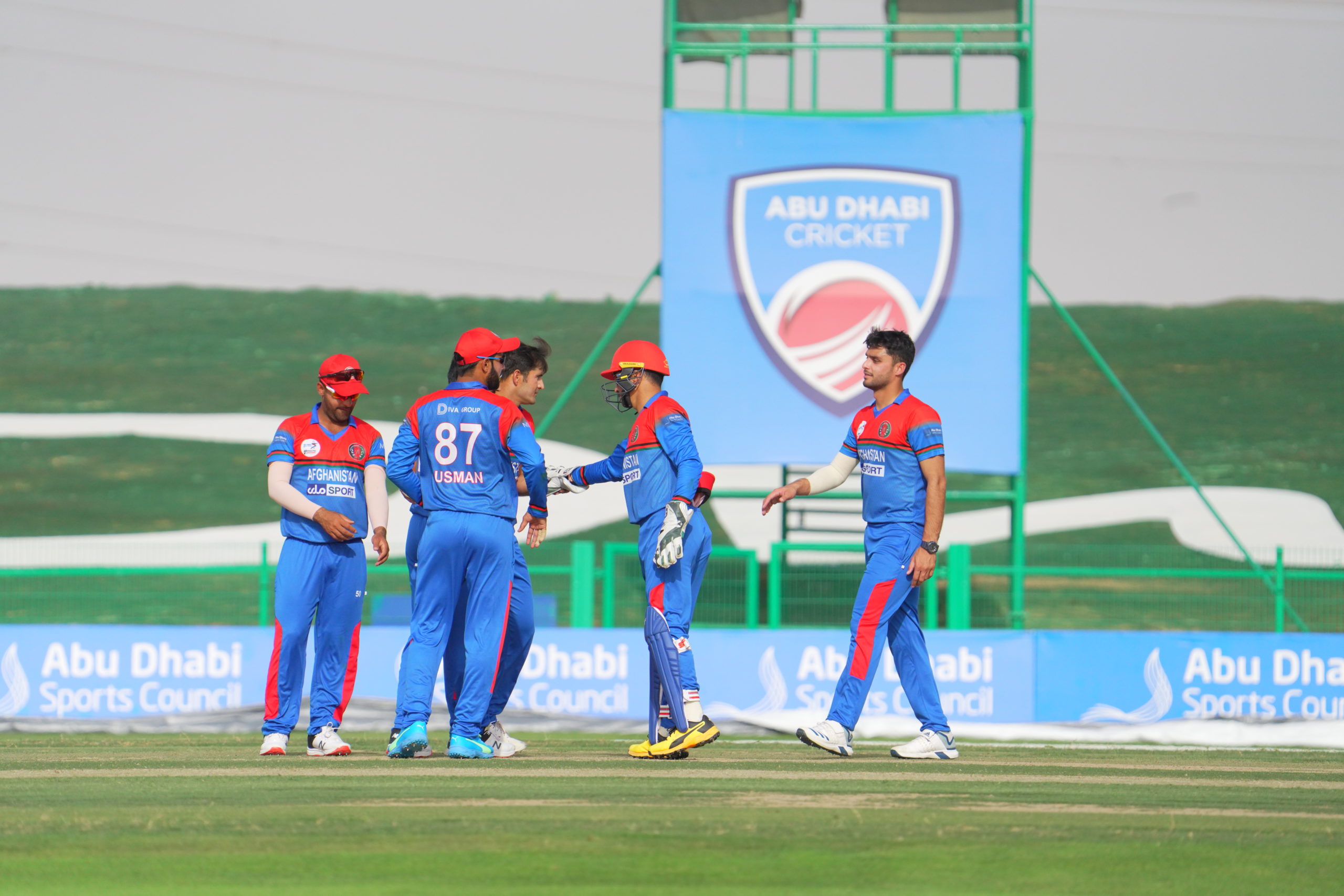 The foundation for the victory was laid by Usman Ghani and Karim Janat, their solid partnership of 102 giving Afghanistan a powerful start after they opted to bat. Mohammad Nabi came in and hammered a 15-ball 40 late in the innings to help set up a total of 193/5.

Zimbabwe’s chase never truly got going, with wickets falling in a flurry. Rashid Khan’s three-wicket haul, along with two wickets apiece from Mohammad Nabi and Naveen-ul-Haq, helped restrict Zimbabwe to 148 in their chase.

They secure a 45-run victory after bowling out Zimbabwe for 148, with Rashid Khan taking three wickets in an over!#AFGvZIM ➡️ https://t.co/F6MUjfiFYM pic.twitter.com/i6TX1gV95Y

Afghanistan suffered an early blow when the in-form Rahmanullah Gurbaz departed for 9 after edging Richard Ngarava’s delivery ball straight to the keeper. Unfortunately for Zimbabwe, the rest of the innings didn’t go to plan.

Janat joined Ghani on 9/1. By the time their partnership was broken, Afghanistan had 111 on the board in under 12 overs. Ghani missed out on a half-century by just a run after he was caught by Blessing Muzrabani at short-fine leg off Donald Tiripano. Janat brought up his maiden T20I fifty in just 31 deliveries but was dismissed soon after, bowled by Ryan Burl after a failed attempt at a sweep.

It was Nabi’s explosive knock that took Afghanistan past Zimbabwe. His 15-ball stay in the middle included four sixes and two fours, by the time Muzarabani dismissed him, Afghanistan had over 170 on board. Captain Asghar Afghan and Rashid then added 22 runs in the final two overs to push Afghanistan’s total to daunting levels.

Three in the over for @rashidkhan_19!

A fruitful over for the spin-star as he takes three quick wickets inching Afghanistan closer to series win! #AFGvZIM #AbuDhabiSunShineSeries pic.twitter.com/YW44ZEuY1H

Zimbabwe got off to the worst possible start. Naveen-ul-Haq dismissed Tinashe Kamunhukamwe, trapping him lbw on the very first ball of the innings. Nabi then had captain Sean Williams bowled in the very next over, and thereafter, the wickets kept tumbling.

Richmond Mutumbani and Ryan Burl put on a valiant effort to get Zimbabwe back in the match with their 62-run fifth-wicket stand. But once Nabi broke through, seeing off Mutumbani, it was a matter of time.

Rashid put the game out of Zimbabwe’s reach, taking three wickets in an over as Zimbabwe were bundled out in 17.1 overs.