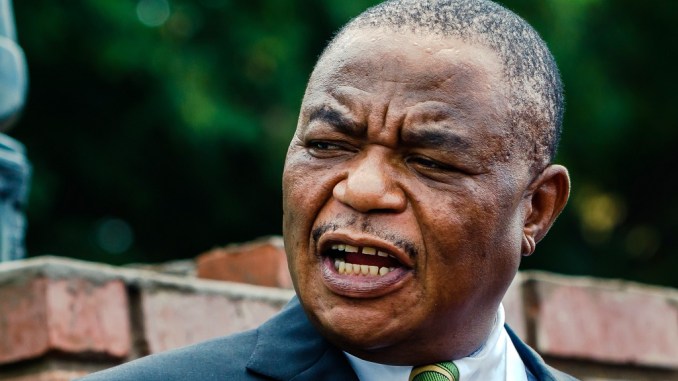 ACTING President Constantino Chiwenga yesterday dangled a carrot to Zanu PF supporters in Harare by urging them to stop paying council rates if they were aggrieved by services provided by the local authority.

Addressing a poorly-attended Zanu PF campaign rally in Hatcliffe, on the outskirts of Harare, Chiwenga said council should stop forthwith the collection of rates from areas they had failed to collect refuse, supply water and provide sewer reticulation services.

“There is no water, council has failed to collect refuse and there is no sewer reticulation, but daily, they come knocking on your doors demanding payment for things they have failed to deliver. That must stop forthwith,” Chiwenga said.

He said Harare City Council should only start collecting rates after they have improved their services.

Most local authorities are yet to recover losses incurred in 2013 after former President Robert Mugabe again ordered a debt write-off as a vote-buying gimmick.

Chiwenga also proposed a raft of policy changes at the rally, including stopping all property development in Hatcliffe to allow government to sort out the challenges faced by residents reportedly duped by land barons.

“We hear you have been given a private land developer in this area. That is being suspended now. The issue of double allocation of stands ends today. The problems you are facing with land barons stop today,” he said, as if issuing a decree.

Chiwenga did not explain how the government planned to solve the problem.

The restive crowd was, however, not amused by Chiwenga’s declarations, asking him to, instead, deal with Harare party provincial chairman Godwills Masimirembwa, whom they claimed was the biggest land baron.

Contacted for comment, Masimirembwa responded: “It’s totally without basis. I am not a land baron. I have no land to my name.”

Politburo member Cleveria Chizema expressed unhappiness with the poor attendance at the rally and told the supporters that they had embarrassed her.

“I am embarrassed that I invited our top leadership for them to come and meet this small crowd. People of Harare North I am unhappy,” she said as party youths battled to lock down supporters who were pushing to leave the venue soon after collecting free T- shirts distributed at the rally.