White elephant . . . Nearly three years since Tugwi-Mukosi Dam was commissioned, there has been much talk about coming up with a Master Development Plan, which seems to take an eternity to draw

Zimbabwe’s development is anchored on many variables, but mining and agriculture stand out because of their huge contribution to economic growth.

The mining sector is critical in generating foreign currency, contributing about 70 per cent of the country’s forex earnings, while it is estimated the sector accounts for between 12 percent and 16 percent of the Gross Domestic Product (GDP).

In fact, the Government has made it clear that it wants mining to anchor economic growth and transformation towards its Vision 2030 of making Zimbabwe a middle-income economy.

Gold has since become one of Zimbabwe’s largest earners of foreign currency, raking in more than $1 billion in exports annually on the back of Government support for informal mining to boost production.

On the other hand, agriculture has been doing wonders for the country to the extent of being labelled the spine of Zimbabwe’s economy, with many people, including those in the rural areas, deriving their livelihoods from agricultural economic activities. 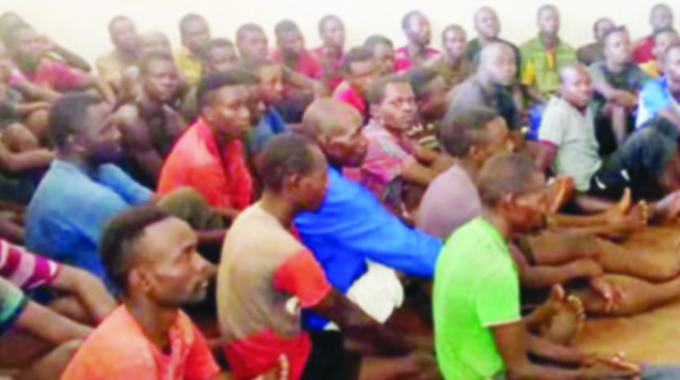 The sector contributes almost 17 percent of the country’s GDP, while it employs and supports nearly 70 percent of the population, according to statistics provided by the Food and Agriculture Organisation (FAO).

Apart from creating employment, many industries depend on agriculture for their raw materials.

Tobacco, for example, has emerged as the main crop in terms of economic benefits, with the numbers growing each year, and in 2019, US$529 million was generated from the export for 259 million kg.

While mining and agriculture have firmed as the anchor to the country’s development, there are problems affecting these two sectors of late, which call for urgent action.

The two sectors have come under serious attack, threatening their potential to fully contribute to economic recovery.

While mining is under threat from man-made catastrophe — the machete gangs marauding through mining areas, agriculture is being threatened by natural causes.

Droughts in the last few years have become the outstanding threat to agricultural production and with the occurrence attributed to climate change.

Climate change has been blamed for other weather phenomenon like cyclones that have resulted in floods that badly affect agriculture.

This year has been threatened by yet another drought, which has already killed crops and livestock in many provinces, affecting locals’ survival.

No one can stop drought from occurring, but there is a lot that can be done to mitigate its effects so that agricultural production can still continue.

The answer to drought-induced hunger lies in developing irrigation.

Zimbabwe has an advantage in that it has a lot of water bodies throughout its provinces, but these have been under-utilised in terms of drawing water for agricultural purposes.

Tugwi-Mukosi Dam in the Ngundu area of Chivi quickly comes to mind.

Nearly three years since the dam was commissioned, there has been much talk about coming up with a Master Development Plan, which seems to take eternity to draw.

In the meantime, people in drought-stricken Chivi and other parts of Masvingo who had hoped to draw water from the dam for irrigation, still wallow in hunger while bragging about the presence of the biggest inland water body in the country.

Of what help is Tugwi-Mukosi Dam to the country if a development plan that seems never to come can hold everyone to ransom?

But Tugwi-Mukosi is not alone in this case.

There are many other water bodies whose water is not being utilised for food production despite everyone touting irrigation as the solution to frequent droughts that have been affecting the country in recent years.

It appears there is a lot of lip service when it comes to the development of irrigation, yet it is one of the best solutions to mitigate the effects of droughts.

Apart from causing hunger, drought forces the country to fork out the little available foreign currency to import food, like what is happening at the moment where maize is being imported from various countries.

Government and its partners are simply supposed to establish new irrigation schemes and rehabilitate infrastructure where it is available as an immediate answer to droughts that are set to increase as the effects of climate change take a toll.

There have been many irrigation policies drawn since independence, and it is time for them to be revisited for implementation.

The Ministry of Lands, Agriculture, Water and Rural Resettlement should prioritise the development of irrigation schemes, otherwise efforts to ensure food security come to naught.

Let it sink into the minds of planners that without developing irrigation schemes, the country might as well forget about assuring people of national food security now and in the future.

In fact, relying on rain-fed agriculture is akin to pressing a destruct button as this has become unsustainable.

On the other hand, the mining sector, especially gold mining, has been disrupted by the emergence of machete-wielding gangs that have no respect for life and hard work.

These have mostly been ravaging gold mining areas, killing, robbing and raping people.

Gold, which could have found its way to the official coffers, has been lost to these marauding gangs.

Although police have been deployed to restore order in mining areas, what is needed is to deal with such gangs without fear or favour.

It boggles the mind why rag-tag and good-for-nothing gangs can be allowed to do as they please, especially when their actions involve stealing the much-needed gold and killing innocent people.

Police need to stop this menace once and for all and ensure that those at the forefront of causing this trouble in mining areas are accounted for.

It will not be pleasing if these gangs are allowed to escalate their fights in the mining areas into a national problem, for their actions have the potential to cause a wider conflict than anticipated.

Police should thoroughly deal with these criminals and make people think twice before they own a machete, a spear, bow and arrow, or any other dangerous weapon.

These criminals have no regard for the rights of others and have taken it upon themselves to institute summary executions of the innocent.

It is welcome that Chief Justice Luke Malaba has announced the setting up of special courts in areas hardest hit by machete gangs to deal with the menace.

While the move indicates the preparedness of the Judiciary to fight crime and enforce the law, the courts are not likely to act as a perfect solution to ending the machete menace.

This is because the Judiciary’s action comes at the tail-end of the drama, when the criminals would have already performed their sordid acts.

As long as machete gangs seem to enjoy some favours when it comes to being arrested, the special courts being set up by Justice Malaba will have minimal effect.

What law enforcers should be working on is to deal with these troublemakers once and for all.

They should strike fear into these heartless criminals to make it unthinkable that one can be found in possession of even a kitchen knife.

Machete gangs are eroding all the efforts undertaken by the Government three years ago when it decriminalised gold-digging to allow unemployed people to work on small-scale mines.

The move was also meant to increase the flow of gold to the Government’s gold-buying entity, Fidelity Printers and Refiners.

Actually, the move paid off as statistics show that small-scale miners produced more than 50 percent of the country’s gold.

It is these small-scale miners who have come under attack from the machete wielding gangs that have spread to most places where some form of mining is taking place.

The existence of these machete gangs mean that it becomes difficult to account for gold, which ends up bring lost to middlemen who smuggle it out of the country.

The mining sector is expected to become a $12 billion industry by 2023, according to the Government, but this can only be achieved with everyone focused on production.

At the moment, maximum production is difficult to achieve in the face of machete gangs that attack even established miners with the intention of stealing their produce.