Dr Gwaradzimba succumbed to Covid-19, while the cause of Cde Malianga’s death on Thursday was still to be ascertained yesterday.

President Mnangagwa — who is on annual leave — also sent a condolence message to the Furusa family following the death of the fourth Vice Chancellor of Africa University Professor Munashe Furusa on Wednesday after a short illness.

Prof Furusa was buried at his rural home in Shurugwi yesterday.

The President said he learnt with deep grief and sadness of the death of Dr Gwaradzimba, whom he described as a passionate advocate for devolution.

“A freedom fighter, long-time educationist and passionate advocate for devolved development, the late Senator Gwaradzimba will be remembered for her role in wartime educational programmes during which she worked with a number of leading cadres to develop learning materials for refugees in our camps during the liberation struggle.

“Indeed, she would expand her service in the educational sector after our independence, but also furthering her own studies until she attained a doctorate with Fort Hare University in South Africa.

“A doughty fighter for gender equality, Dr Gwaradzimba exhibited admirable leadership when our province of Manicaland was hit by Cyclone Idai two years ago.

“At the time of her sad demise, she was working on a masterplan designed to make the whole province less vulnerable to natural disasters, more connected infrastructurally, and to make it stand on a solid, viable and diversified provincial economy in line with our national policy on decentralisation and devolution.”

President Mnangagwa said the country had lost a promising cadre who pushed for grassroots development with extraordinary fervency.

“On behalf of the party, Zanu PF, Government, my family and on my own behalf, I wish to express my deepest condolences to the Gwaradzimba family, especially to the children of the late departed who have lost a loving mother and a mentor.

“May they derive solace from her outstanding place in the history of our country, both before and after independence,” said President Mnangagwa.

President Mnangagwa said the death of Cde Malianga robbed the country of one of the few surviving nationalist leaders who pioneered the struggle for national independence. 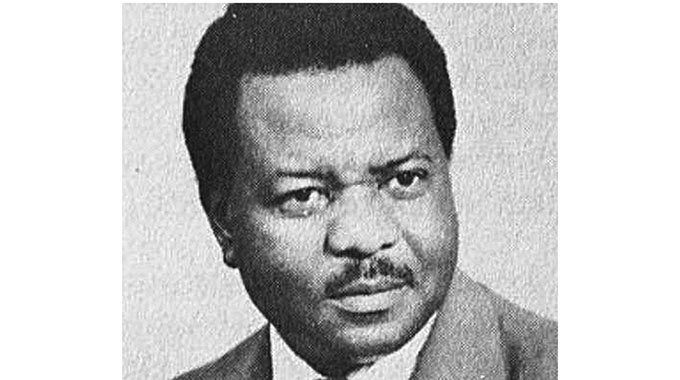 President Mnangagwa said Cde Malianga was a key player at each key turn and twist in the protracted struggle for Statehood.

From 1959 when he joined the Southern African African National Congress after completing his studies in South Africa, Cde Malianga would successively be involved in the founding of the National Democratic Party, NDP, the Zimbabwe African People’s Union (ZAPU) and the Zimbabwe African National Union (ZANU), all the time assuming various top leadership positions in these organizations.

Arrested, detained and restricted continuously throughout his active political life before Independence, the late Cde Malianga, whose brother Washington was also deeply politically involved, never flinched from the national cause, and was to travel far and wide agitating and canvassing for the freedom of his people and the creation of a democratic, non-racial order in a free Zimbabwe.

President Mnangagwa said the country honoured him for his outstanding role in the struggle.

“After Independence, he would continue to serve his country with honesty and integrity, including serving as a Deputy Minister of Finance under the First Republic.

“A long-time Member of Parliament, he put people and community first above his own personal interests, thus bequeathing a lasting moral lesson to all of us who are in leadership and who hold public office.”

“On behalf of the party, Zanu PF, Government, the People of Zimbabwe and on my own behalf, I wish to convey my heartfelt condolences to the Malianga family on this saddest loss which we all share and feel.

“May they derive solace from the manifold contributions Cde Malianga made towards our independence and for which history will remember and honour him,” said President Mnangagwa.

The President also sent his messages to the Furusa family on the death of Professor Furusa, saying his death saddened him profoundly.

“A top educationist and administrator, Professor Furusa was a man of many parts whose impact on our country’s higher education was salutary and pervasive.

“His ascendency to the Vice Chancellorship of the continental Africa University confirmed his outstanding credentials which stood him high among African scholars and educational administrators,” he said.

“As a board member of the Zimbabwe Council of Higher Education, ZIMCHE, his expert knowledge and sober counsel shaped this critical subsector which is at the cutting edge of our overall national skills development and technology incubation efforts.”

President Mnangagwa said the country will miss his invaluable input.

“On behalf of the Universities Community, Government and on my own behalf, I wish to deeply condole with the Furusa Family on this their saddest loss.

“May l, in a very special way, pass my heartfelt condolences to Amai Furusa and the children for losing a loving husband, a dear father and mentor.

“We stand with them as they go through motions of deep grief following this tragedy. May his dear soul be eternally rested.”

Information, Publicity and Broadcasting Services Minister Monica Mutsvangwa, who is on leave, sent her condolences following the death of Dr Gwaradzimba.

“I have learnt of the death of my dear comrade-in arms, fellow comrade and fellow Senator, Hon Ellen Gwaradzimba with a deep sense of sorrow and shock. I wish to convey my sincere condolences to the bereaved family, Manicaland war veterans’ fraternity, the whole province and indeed the nation at large.”

“Both were members of the central committee and the party is shocked by their untimely departure. More details will be announced in due course concerning burial arrangements,” said Amb Moyo.