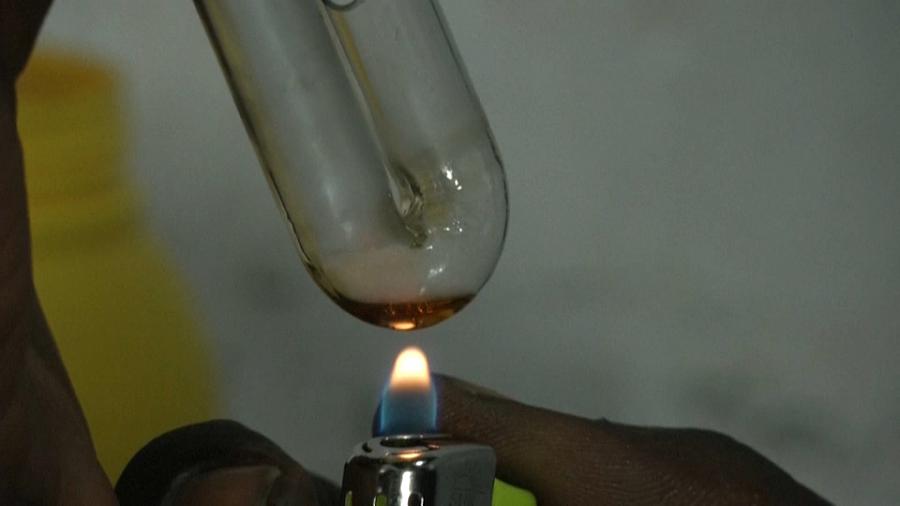 MIRIAM MANGWAYA
CHILDREN, as young as 11, are taking to drugs in Harare’s ghettos and affluent suburbs, while mental institutions are recording a surge in dope consumption and, on the street narcotics battlefront, the police are losing the fight.

This is what investigations we carried out in conjunction with Information for Development Trust — a non-profit organisation that promotes investigative reporting — established.

In June 2021, President Emmerson Mnangagwa declared a war against drug dealers and established an inter-ministerial taskforce to deal with the problem.

Subsequently, the police launched an operation against drug abuse, targeting illegal dealers and users throughout the country.

Not adding up
Crime figures obtained from the police are not making much sense. Between January and November 2021, there were 7 263 arrests linked to drug peddling and consumption across the country.

Statistics also show that, throughout 2021, marijuana or dagga topped the list of drugs that the police confiscated. Crystal methamphetamine, or crystal meth, whose street name is mutoriro, came second.

Puzzlingly, though, a mere 2,6% of the cases went to the courts in Harare where most prosecutions take place compared to other cities and towns.

Information gathered from the National Prosecuting Authority (NPA) shows that although the police arrested the 7 323 people on drug related offences, in Harare, only 189 were brought for prosecution.

Further investigations revealed that the courts were clogged with cases involving crystal meth that have not been prosecuted due to lack of forensic reports to certify the drug.

Of the 189 Harare cases, only one of unlawful possession of crystal meth was dealt with, where one Matthew Hopkins, a local citizen, was sentenced to four years on June 18 last year.

Drop in the ocean
The two longest sentences that were passed at the courts after the rare convictions involved foreigners, investigations revealed.

Sheila Khumalo, a South African national was, on September 14 2021, sentenced to 10 years for smuggling cocaine.

And Guilherme Sodre Alvernaz Da Silveira, a Brazilian national, was on November 3 2021 sentenced to 12 years for dealing in cocaine.

The NPA blamed the poor prosecution stats on delays in the production of forensic reports to certify the type of drugs involved in the crimes, but claimed that the police was addressing this deficit.

The authority’s chief law officer, Michael Reza said during investigations that the courts could not readily identify serial drug-related criminals, because offenders tended to supply different names and aliases when they commit the crimes.

“We have had instances where a prosecutor who has previously prosecuted an accused (person) sees him or her in another court, being tried under a different name,” Reza said.

“The prosecutor then goes to the clerk of court’s office to ascertain whether his or her suspicions are correct.

On conviction, the previous conviction under the other names will be brought into effect.

This practice is, however, not very widespread,” he added.

Crystal meth in particular is giving prosecution a headache because it is not yet classified as a dangerous drug, according to a senior detective.

So, even if police investigators arrest people peddling or consuming the drug, the cases may be derailed on a technicality, it was found out.

The detective said investigating officers were failing to produce   crystal meth certificates because the drug was not listed in the Dangerous Drug Act Chapter 15:02 schedule.

“Crystal meth is a drug that can be manufactured anywhere using chemicals,” the source said.

“It is the duty of the police to prove beyond any reasonable doubt that it is indeed the specified dangerous drug through forensic testing.

But crystal meth is not listed in the Dangerous Drug Act.

Therefore, even if it is tested and proved that it is indeed crystal meth that a suspect has been possessing, it may be difficult to prosecute and secure a conviction using the same piece of legislation that does not specify that crystal meth is a dangerous drug,” he said.

Mental case
Nemache Mawere, the chief executive officer at Ingutsheni Central Hospital — the largest mental health referral institution in Zimbabwe — revealed that, in 2021, the institution registered an increase in admissions of people who were suffering from mental health issues related to drug abuse.

“We have recently witnessed an increase in the number of patients that are being admitted at the health institutions due to drug abuse,” Mawere said.

“What is worrisome is that we are witnessing children as young as 11 under the influence of drugs.

From January to December (2021) the number of admissions has been going up and there is a need for us as authorities to change our strategy and our target.

We need to start the anti-drug abuse campaign at a very young age so that we catch them young for us to effectively win the war,” he said

“We have been offering assistance to an increased number of people who are abusing drugs throughout the year,” Matshazi said.

“The problem is that even children as young as eleven are taking the drugs.”

Another mental health therapy institution, Friendship Bench Zimbabwe that provides counselling services, said throughout 2021, it helped up to 6 000 people suffering from depression that was in many cases linked to drug abuse.

“There is a need for increased awareness and sensitisation on drug abuse, signs and symptoms on when to seek help.

“There is need for a multi-sectoral approach, which includes the government, anti-drug abuse organisations among others, to ensure that there is intensive awareness of the dangers of abuse in communities.”

But in-depth interviews conducted by the Independent with some young people in Mbare revealed that crystal meth was commonly used as a remedy to ease stress from various socio-economic struggles.

Crystal meth is the most common drug abused because it is cheap.

It is obtainable at a street value of between $U$5 and US$8.

That is really small, if you consider that top market illegal drugs such as cocaine cost around US$150 per gramme.

The youth said lack of employment and the general economic hardships that have been exacerbated by the Covid-19 pandemic pushed them into taking drugs.

Unguarded guards
They said police arrests were not effective to stop drug use.

Twenty-four-year-old drug user, Augustine Mberi, said since the beginning of the anti-drug abuse blitz, none of the known dealers in his area have been arrested.

“We know the real suppliers of drugs and even the police here locally know them,” Mberi said. “But they don’t get arrested.

Nobody dares name them or report them to the police and for some reason, they are never arrested.

If the police are determined to end the war against drugs, then they should direct their attention to suppliers. However, it is the duty of the government to address the root cause of the problem.

The youth must earn a living and they will desist from use of drugs. We must get jobs,” he said.

Forty-four year-old Samantha (not her real name) from Chitungwiza’s Manyame suburb provides glimpses into why there are hardly any arrests of drug pushers.

According to her, detectives at the Drugs and Narcotics section of the Criminal Investigations Department coordinate the drug syndicates.

She was initiated as a crystal meth runner by a detective, after being introduced to him by a colleague who was already in the business.

It was him, she said, who connected her with a supplier in South Africa.

She secretly shuttles between Johannesburg and Harare, collecting the drug and taking it to Mbare in Harare where she runs a used clothes venture as a disguise.

“There are strict rules in this business. You go to South (Africa), collect your stuff and when you get back to the border, you use a secret code which changes daily to contact one of the guys in Mbare.

“You either deliver in person or, to minimise the chances of arrest along the way, you pass the parcel to another runner at the border or along the way, or you just give it to the bus crew which then hands it over to a waiting dealer in Harare.

“Most of the time, the crew is not aware what the parcel contains.

The detectives are always tracking the movement of the mutoriro and, therefore, know the main dealers.

They get their kickbacks from them but, in some cases, they are actually the drug lords,” Samantha said.

But national police spokesperson Assistant Commissioner Paul Nyathi said they were bent on stopping the drugs tide and claimed that they have always reacted on tipoffs from the public.

“We have always reacted to information from the public on drug related offences.

If the public comes forward with the information on drug crimes, we investigate,” Nyathi said.

No one has come forward to the police with information on drug lords and was ever victimised.

We urge the public to report all suspected drug dealers so that the law takes its course,” added Nyathi.

Another Mbare youth Munashe Mutare (19) said he took crystal meth and broncleer drugs fully aware of the dangers associated with them but was pushed into drug abuse due to economic difficulties.

We can’t afford it. The reason I take mutoriro is to stop thinking about my troubles.

It is actually painful to think about the economic hardships,” Mutare said.

Research on drug abuse has shown that unlike other addictive substances, drugs affect body organs and systems, such as throat, stomach, lungs, liver pancreas, heart, brain and nervous system and also social behaviour.

Clinical psychologist Olivia Mangwiro said there has been an increase in the number of youths suffering from mental disorders due to drug abuse throughout the year 2021.

She said illegal drug usage was on the rise, because the drugs were “readily available”.

“Drug abuse trends have generally been on the increase in communities throughout 2021,” Mangwiro said.

“This has been due to a number of factors including socio-economic factors – increased rates of unemployment, and availability of substances, idleness, stress, that is poor coping skills, and peer pressure among others.

There should be an anti-drug use within schools since this is becoming an initiation ground for most youths.”