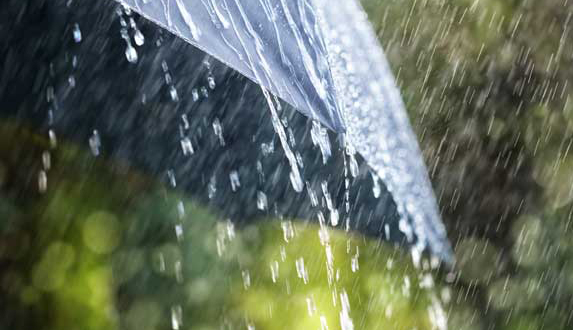 HEAVY rains experienced in parts of Matabeleland since Monday have temporarily eased water challenges in Bulawayo where some residents have harvested the resource for domestic use.
Before the latest downpour, residents had experienced acute water shortages as most city dams are almost empty.

Boreholes, which had become the major source of water, were being overwhelmed and drying up.

However, heavy rains which are pounding the region and expected to continue, according to Meteorological Services Department (MSD), have brought hope as water levels are likely to improve in dams and boreholes, while residents will also have an opportunity to trap rainwater for domestic use.

MSD head of forecasting Tich Zinyemba yesterday said the rains would continue up to weekend across the country with some areas starting to receive the rains today.

A Nkulumane 12 resident, John Khumalo said the rains had come as a relief.

“Our gardens have been given a lifeline. As for drinking water, boreholes will now be having good output due to the rains,” Khumalo said.

“As for residents, containers are a problem otherwise we would have trapped rainwater on a large scale. If only we had water catchment areas in Bulawayo, it was going to help as the rains would have significantly improved water levels in dams.”

His sentiments were echoed by Bongani Nyathi of Nketa 9, who said the rains had temporarily eased the water problems.

“We have managed to harvest rainwater. It is better now that we will have water for household uses such as bathing, washing and for use in toilets. We pray that it continues raining, especially in Matabeleland South, which is the city’s water catchment area, and fill up supply dams,” Nyathi said.

Some suburbs, which include Pumula and Nkulumane, have since February been without supplies, with council saying it would only be able to resume supplies if its supply dams received enough inflows.

Last week, the Zimbabwe National Water Authority revealed that it was working 24 hours a day on the government-funded Epping Forest Borehole Project in Nyamandlovu, a move meant to ease water problems in Bulawayo by end of November.

The Bulawayo water crisis deepened this week, with council indicating that it would cut off supplies to the central business district and industrial areas for the first time, rendering the whole city dry.

Council had exempted the two key business areas from water cuts after implementing a devastating water-shedding programme which has seen most suburbs going for weeks without water.