Echoing “The march is not ended”

Source: Echoing “The march is not ended” – The Zimbabwean 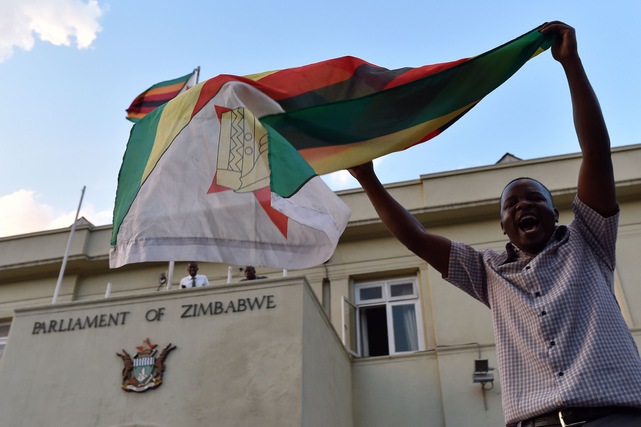 The Zimbabwe Council of Churches (ZCC) read with grave concern, the governments response to the Zimbabwe Catholic Bishops’ Conference (ZCBC) pastoral letter of the 14th of August 2020 entitled “The March is not Ended”. The government response presented by Mrs Monica Mutsvangwa, the Minister of Information, Publicity and Broadcasting Services, revealed the following worrying signs:

6.1     Seeks to affirm its solidarity with the spirit and intent of the “The March is not Ended” as honest communication aimed at calling the government of Zimbabwe to meaningful and respectful engagement to find solutions to the current pressing issues;

6.2     Seeks to enter into a collective discernment process to understand this government’s preparedness to engage and hence calls for the urgent convening of the National Episcopal Conference of the Zimbabwe Heads of Christian Denominations to deliberate on the state of the nation and agree on the appropriate ecumenical action;

6.3     Calls on all Christians and churches to pray for peace, well-being and courage for Archbishop Ndlovu, the Zimbabwe Catholic Bishops’ Conference and the broad Christian Church in Zimbabwe as they will be demanded to exercise their prophetic and pastoral mandate for the nation;

6.4     Calls on all citizens to remain united across the denominational, ethnic, and political divide realizing that only through active, organized and peaceful citizens’ participation, the nation will be totally transformed;

6.5     Calls upon President ED Mnangagwa to provide leadership by retracting the personal attacks on Archbishop Ndhlovu and the church leaders, but invite the nation to an inclusive national dialogue towards a home grown solution to the challenges that are facing the nation

Newer Post
Can the Zimbabwe regime please tell the world what’s so ‘nefarious’ about standing up against repression, brutality, and corruption
Older Post
The March to Transform Zimbabwe