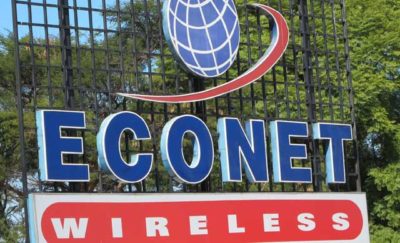 Own Correspondent
Econet has dismissed media reports claiming that it violated labour laws and that its sister company, EcoCash, was complicit in irregular mobile financial transactions.

In a statement, Econet said the reports by a blogger were “patently false and irresponsible” adding that Econet reserved its legal rights on the matter.  The company said while it acknowledged journalistic privilege to inform people it, however, took great exception to unsubstantiated allegations meant to tarnish its name.

The company said the article referring to alleged labour malpractices by Econet Wireless and Steward Bank “had both several factual errors and misleading messaging and conjecture which we strongly object to and which appeared nowhere in the report the reporter purported to base the story on”.

Econet said there was no direct reference or inference to Econet or Steward Bank in the referenced source article, adding “how this became the basis of the reporter’s narrative is a mystery to us”.

It reiterated that Econet and Steward Bank abide by the country’s labour relations laws, and their own human resources policies recognise and respect the rights of staff and employees.

“We are one of the biggest employers in the country and our contractual arrangements with staff are at all times within the law,” Econet said in a statement.

He said while the journalist in question had the right to inform his readers, he had a public duty to do so factually, adding that Econet reserved its legal rights “when reckless falsehoods are peddled that have no truth whatsoever except to propagate false perceptions”.

The firm also rubbished claims in an article by the same blog that alleged that EcoCash was somehow complicit in aiding or abetting illicit financial transactions by its agents.

“EcoCash categorically denies any involvement in any illegal activities that contravene or violate money laundering or related laws,” the spokesman said.