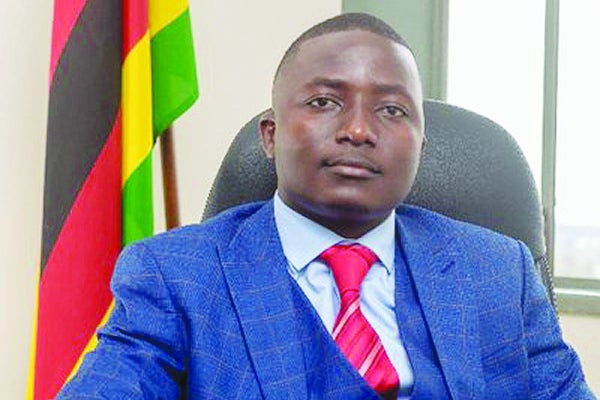 THE Zanu PF youth league yesterday accused 15 top party and government officials, including the governor of the central bank, Cabinet ministers and business leaders of running illegal foreign currency rings, and named those it said were responsible for price manipulation and looting the economy.

But the officials denied the allegations and challenged the youths to provide evidence to back up their claims.

“That is nonsense. I don’t do that. I am very busy working for my country and people say things they don’t know. They are misguided,” RBZ governor John Mangudya told NewsDay.

The party youths, led by youth league deputy secretary Lewis Matutu claimed the officials were running fuel and foreign currency cartels that were bleeding the economy.

“(From) those we are going to expose, we are demanding a public statement that exonerates them if they are innocent from all allegations of corruption. We have people who have been dealing and are still dealing in foreign currency,” Matutu said, naming people he claimed were ring leaders in foreign currency deals in Harare and Bulawayo, including Wedza South MP Tinoda Machakaire.

“When things happen in your own family and as a father you do nothing we will assume that you are also involved as a father, John Panonetsa Mangudya,” Matutu said.

“We are requesting our honourable comrades and member of our presidium and secretary of administration Obert Mpofu to clear himself against vast allegations of corruption that he has never responded to,” he said.

The youths called on the police to investigate the named officials, warning that inaction could mean the police are also colluding in the illicit deals and said they would block all Zanu PF officials who work at the party’s headquarters from reporting for work until they clear their names.

Mpofu is a full time employee of Zanu PF and has been warned that his doors will be locked and would be pushed out if he reported for work.

Zimbabwe Mining Federation president Henrietta Rushwaya said she was being smeared because she refused to release mining equipment to Matutu.

“Matutu asked for mining equipment from me on Friday and I asked him to produce a mining certificate and if that makes me a cartel leader, then so be it,” Rushwaya said.

“I simply asked him to produce a mining certificate and the name of the association that he represents in order for me to assist him. I even warned him against doing things in a manner they were used to because the new government is against corrupt leadership. Econet can even print out Matutu’s incoming call to me on Friday around 15:30hrs. If denying non-miners access to equipment is a crime, so be it.”

Neville Mutsvangwa said: “I have never worked for any State agency. Some of the people put in there have a duty to protect public funds, not me.

Contacted for comment, Gumbo said he had nothing to hide and challenged the youths to bring forth evidence that he has been involved in corrupt activities.

“All my transactions at the Ministry of Transport are clear and as of Zinara, I am the one who instituted a forensic audit. The idea was to understand what was happening. On the issue of purchase of planes, I am very clean. The President, who was then Vice-President, knows that because I used to brief him everything,” Gumbo said.

Gumbo said he had no business interests outside the country and has worked for all he has. He said he was ready to accept if those alleging that he was corrupt bring forth evidence of his illegal deals. Mpofu promised to call back, but had not done so by the time of going to print.

Machakaire said: “I am not involved in any financial dealings. I am a patriotic businessman. It is unfortunate that the people who have been alleging this have been asking for bribes and money from me just that I did not give them I am now a cartel. It is a shame.

“You can check with my bank and see how I make money. These people must stop this nonsense. They have been asking for money from me and then take a malicious route. We don’t want to fight each other in the party.”

Mining Minerals Corporation of Zimbabwe boss Tongai Muzenda, who was also named as one of the diamond cartel leaders, told the Zanu PF youths to stop maligning people without facts.

“Lies have short legs, the sooner Matutu understands that the better for him,” Muzenda said.