Economists and industrialists have pinned prospects for enhanced volumes performance by companies this year on adequate and good rainy season as well as increased incomes across various sectors of the economy.

The discernible trend across most companies’ trading updates in the 2019 trading period was high turnover but subdued volumes.

Most firms attributed the scenario to high-inflation and low disposable incomes.

With low volumes having been prevalent, companies fear possible recurrence of the misfortunes in 2020, triggering questions about the sustainability of business going forward.

The anxiety was further propelled by not so good initial rains following the recent long dry spell that had an unwelcome effect on business.

Zimbabwe is an agro-based economy as the agriculture sector contributes about 16 percent of its Gross Domestic Product (GDP), 60 percent of raw material used in the production of goods and employs about 70 percent of the population.

Further, agriculture contributes about 40 percent of Zimbabwe’s export earnings while the sector is the main source of revenue for producing companies since sound harvests boost customers’ disposable incomes.

Against this background, economists have pinned hopes of success in 2020 on a good rainy season while at the same time asserting that volumes growth will depend on review of remunerations across all sectors of the economy.

Economist Eddie Cross stated that  declines of volumes in 2019 were a result of necessary and inevitable decisions as the Government implemented austerity to get rid of the fiscal deficit. 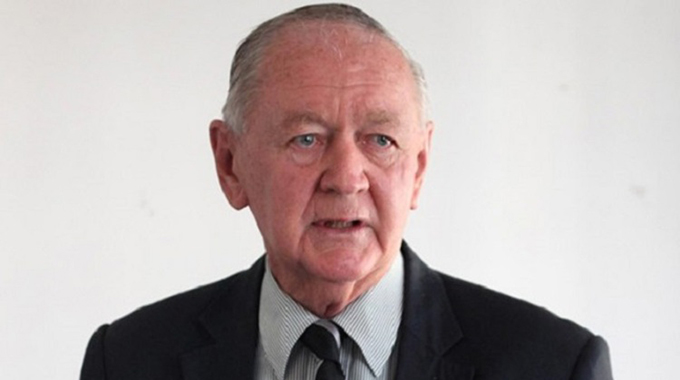 Now that the focus has shifted towards growth and productivity, Mr Cross suggests the rebuilding of disposable incomes on a sustainable basis.

“In 2019 the Government under the Transitional Stabilisation Programme (TSP) reduced disposable incomes by deflating the value of the local currency.

This had two main objectives — devalue the massive build-up of domestic debt, which had built up over the previous four years as a result of the fiscal deficit.

“The second was to adjust local salaries to reduce distortions introduced by dollarisation in 2009.

This, however, resulted in a reduction in consumption and had affected many companies which supply consumer goods.

“Both objectives have been secured and now the drive must be to start rebuilding disposable incomes on a sustainable basis. In this process, we have to be careful not to make our economy uncompetitive in the region,’’ said Mr Cross.

He added that improvements in businesses will depend on the rest of the economy given the unpredictable nature of the rainy season.

“The start of the wet season has been disastrous and the Government has declared a national emergency to try and mobilise international assistance with the consequential need for food imports. Our food stocks are very low and imports on a large scale are already underway.

“The reduction in agricultural production is expected to affect the planned economic recovery but a great deal depends on developments in the rest of the economy,” he said.

Industrialist and former president of the Confederation of Zimbabwe Industries (CZI), Sifelani Jabangwe, concurred saying the fall in volumes was attributable to subdued disposable incomes and so there is urgent need to address the issue.

He also claimed that sound rains are stimulus for any success going forward.

“The impact on volumes was a result of several factors but one of the major ones was the erosion of wages and salaries. I think a good season will be a good stimulus but as I indicated we need to find a way to start boosting wages to drive up consumption.

“Incomes cannot suddenly go up ahead of what companies afford to pay, which is why I am suggesting perhaps (looking at) regional comparatives and regional averages, and then work through the Tripartite Negotiating Forum to see how best we can start to move up to reasonable levels, looking at it on a sector by sector basis and then start to gradually move upwards,” added Mr Jabangwe.

Harare economist and entrepreneur, Brains Muchemwa, forecast further revenue growth and volumes declines in 2020 on the back of money supply growth and high inflation.

He noted, however, that revenue growth in such circumstances is not reflective of real income growth.

“On account of fiscal pressures emanating from the drought, the 2020 scenario is expected to see revenues growing, on average four times, reflecting expected growth in money supply. Volumes will most likely stagnate at 2019 level as real disposable incomes will barely increase in the face of high inflation that is expected to dominate 2020,” he said.