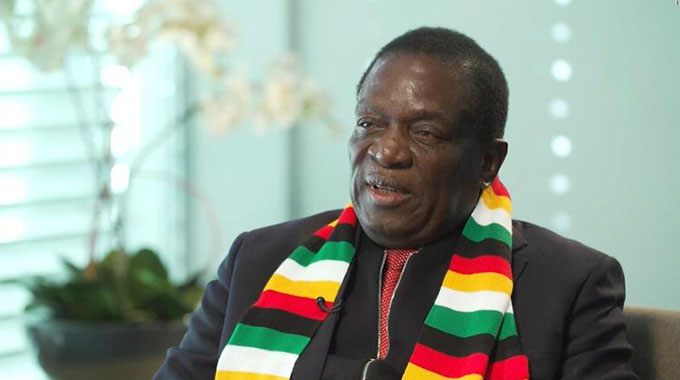 Auxilia Katongomara Bulawayo Bureau
THE new administration headed by President Mnangagwa has won international admiration for rolling out freedoms never experienced in the country in many years.

“Mnangagwa promised democratic reforms when he took over in November after Mugabe resigned under pressure from the military, ruling party and the public. Many have been closely watching Mugabe’s former deputy ever since for proof that he means it.

“Arrests of political activists and opposition officials, once routine during Mugabe’s rule, have significantly slowed. The opposition has been holding campaign rallies without interference, unlike in the past.

“Freedom of speech has remarkably improved, with Zimbabweans openly criticising the Government without fear of retribution, especially in urban areas,” read the report.

The publication commended President Mnangagwa’s public criticism of the use of police officers as polling agents in the recent Zanu-PF primary elections.

“Mnangagwa has received widespread support for that and similar gestures,” read the report.

Among other signs of change noted by the AP were the return of Chimurenga music guru, Thomas Mapfumo, who arrived in Zimbabwe last month from exile in the United States to perform in front of tens of thousands of people in Harare and the granting of South African group Freshlyground permission to perform at the Harare International Festival of the Arts (Hifa).

The group had been banned after producing a song deemed to have been critical of Mr Mugabe.

“His government has legalised marijuana farming for medicinal and scientific purposes. It allowed commercial sex workers to exhibit at the Zimbabwe International Trade Fair, an event officially opened by Mnangagwa himself, as a way to educate the public about their work and safe sexual practices,” reported the AP.

Responding to the media reports, President Mnangagwa said his Government was committed to keeping the promise of observing and protecting the freedoms of Zimbabweans.