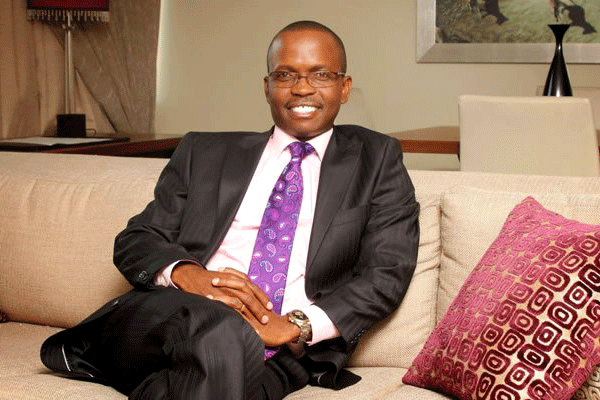 PRESIDENT Emmerson Mnangagwa’s spokesperson George Charamba and a member of his advisory council Shingi Munyeza exchanged barbs at the weekend, accusing each other of treachery and backstabbing.

Munyeza, a businessman and pastor, attacked Charamba for allegedly turning on his former boss, the late former President Robert Mugabe, who died in September last year, nearly two years after he was toppled from office by his military chiefs.

Charamba was a long-time personal spokesperson for Mugabe and assumed a similar role under Mnangagwa, who took over in November 2017.

Munyeza said Charamba had backstabbed Mugabe and that it was now obvious that Mnangagwa did not trust him.

“Ignorance has maintained you where you are George. Kusaziva (ignorance) has left you in no man’s land for this long time. What’s your next career move?” Munyeza taunted Charamba.

“It’s because you still don’t have the facts. Here are the facts for you: You sold out on your former boss (Mugabe) and no one trusts you anymore which has ended you up in no man’s land. How do you sleep at night?”

Munyeza said he was responding to Charamba’s insults on social media after the cleric turned his fire on Mnangagwa’s administration and its economic and human rights record.

“The time for fear is gone and I had to respond to Charamba. When a man can’t even say who is his boss, I asked
him over and over and he could not just say my boss is President Mnangagwa,” Munyeza tweeted.

Charamba, who was not picking calls, fired back in a thread that took the better part of day.

“You (are) studiously courting my animosity; you won’t get it. Just poking you so the world knows you a little better,” he tweeted.

Charamba accused Munyeza of being an appendage of the United States and pushing the agenda of the superpower.

“You have to meet their expectation,while venting your frustrations. Pretty tough act to combine,” he said, accusing Munyeza of going after Mnangagwa’s government because his business empire was sinking.

Charamba publicly called on Munyeza to resign from the Presidential Advisory Council if he was unhappy with the direction government was taking.

But Munyeza said he would continue to serve until he is fired.

The spat may indicate political jostling within the Mnangagwa administration.

NewsDay and its sister paper The Standard have previously reported that the firing of former Information deputy
minister Energy Mutodi was a result of intense political fights within the camps, which sucked in Charamba.

Information permanent secretary Ndavaningi Mangwana, who was in Kwekwe with Mnangagwa, refused to
comment on the Twitter spat.

“That won’t be coming from me,” hesaid curtly.