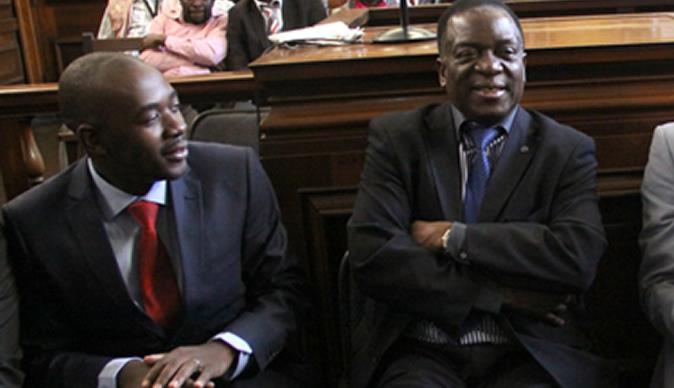 EDITOR – As the situation in Zimbabwe gets more desperate for ordinary
citizens by the day, dialogue is urgently needed between President
Emmerson Mnangagwa and Movement for Democratic Change leader Nelson
Chamisa. As ordinary Zimbabweans, people want to try anything to make sure
that their situation changes because now many people are unable to afford
anything and many people are suffering.

The call for dialogue does not mean that tings will automatically change
but many of us are hoping that if Mnangagwa and Chamisa dialogue things
might start looking up for the country.

Most of us remember when we got to a similar situation in 2008 when all
things were skyrocketing and the money had no value, then president Robert
Mugabe and MDC leader the late Morgan Tsvangirai got engaged and a
government of national unity was formed which relieved many Zimbabweans of
the problems back then.

The reason why even churches and individuals are calling for this dialogue
is with the hope that something can come out of it for the good of the
country. This week churches have launched a fresh bid to try and end the
bickering between Mnangagwa and Chamisa.

The fresh calls for dialogue come as tensions continue to rise in the
country, over the worsening economic rot which has seen the nation
lurching from one crisis to another – including battling skyrocketing
inflation, as well as severe shortages of fuel, water, power, drugs and
foreign currency.

“The nation finds itself in a paralysing complex of challenges that can
only be effectively and sustainably resolved through a comprehensive and
broad-based dialogue.

“As such, we call upon all Zimbabweans to support such a call which offers
to unite Zimbabweans towards a peaceful, just and prosperous nation,” the
umbrella Zimbabwe Council of Churches said at the weekend.

Outspoken leader of the Zimbabwe Divine Destiny Church, Ancelimo Magaya,
also said “now is the time” to demand dialogue, as the country hurtled
towards an “implosion”. The church should go beyond making calls but
facilitate this dialogue. It seems both parties are willing to dialogue
but need someone to facilitate the process and that is the responsibility
of the church.

Mnangagwa and Chamisa have been brawling for more than a year, since last
year’s hotly-disputed presidential poll – with the MDC leader refusing to
recognise his rival’s victory which he claimed was achieved via devious
means.

Dialogue is needed urgently between the two parties for the country to
hopefully get out of this crisis. Demonstrations will not correct the
economic challenges that people are facing but dialogue could go a long
way in giving dignity to Zimbabwe and Zimbabweans to the rest of the
world.
Desperate.