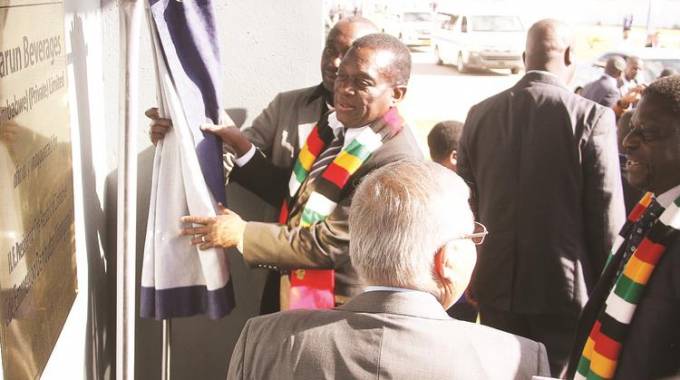 Varun Beverages is a subsidiary of global player RJ Corp.
The firm produces Pepsi products, among other beverages like Miranda and Mountain Dew.
It has operations across Africa.

The state-of-the-art plant worth commissioned by President Mnangagwa has capacity to produce 600 000 bottles of soft drinks daily.

Since it started operations locally, Varun Beverage Group aggressively penetrated the market, forcing competitors in the same industry to slash their prices. 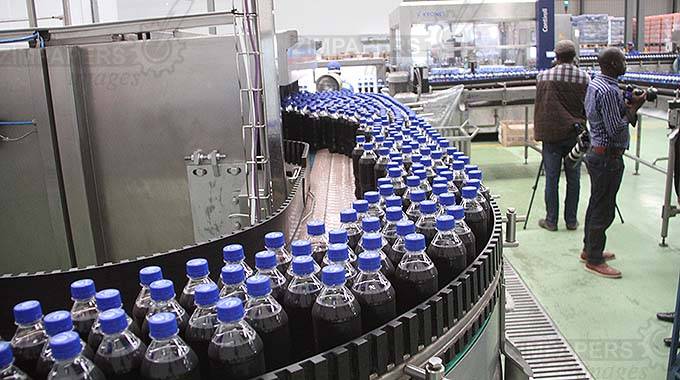 “Let me once again invite more companies, both local and foreign to join us in this journey of progress and a new wave of prosperity for all the people of Zimbabwe,” said the President.

“While this investment attests to the steadily increasing attractiveness of our business climate to investors from far and wide, my Government is continuously monitoring our investment climate to ensure that it remains conducive and open for business to grow and succeed.

“Meanwhile, I urge prospective local and foreign investors to form partnerships and joint ventures in order to strengthen their business aptitude and enhance their competitive edge. 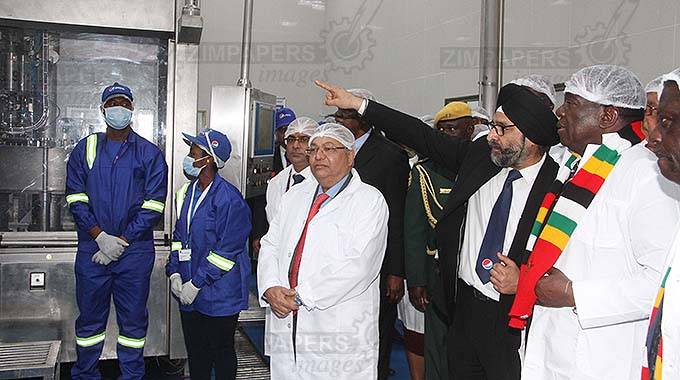 “We are indeed confident that this investment will be an important contributor to the economic development of our country through the creation of both upstream and downstream employment opportunities which will impact on the standard of living of numerous families across the country.”

President Mnangagwa hailed Varun Beverages which is headquartered in India for its vision of planning to set up processing plants for other products such as potatoes saying that would help to create employment for the nation.
He said such plans also resonated with the Government’s industrialisation policy. 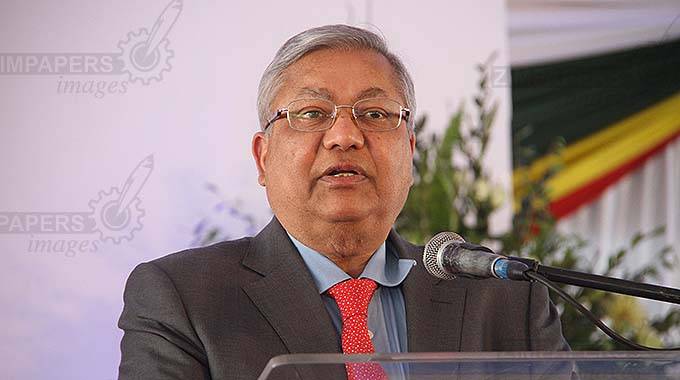 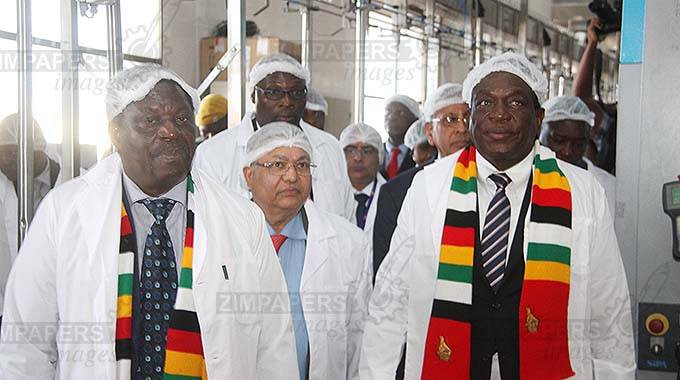 “In this regard, I exhort you to explore the potential arising from our very successful Land Reform Programme and seek sustainable partnerships with local communities, specifically the women, youth and war veterans, in the supply of your raw materials such as sugar.

“Such an approach will go a long way to enhance synergies and linkages between and within sectors, which will also aid in the realisation of our national vision to achieve decent jobs and broad based empowerment.”

President Mnangagwa said the new technology being used by Varun Beverages would also help to enhance productivity and enhance efficiency that would in turn result in price stabilisation.

He urged the bottling company to grow its export market in the region and beyond using Zimbabwe as its production hub.
“On its part, my Government stands ready to facilitate processes and regulations that enhance and promote export lead economic growth,” said President Mnangagwa. 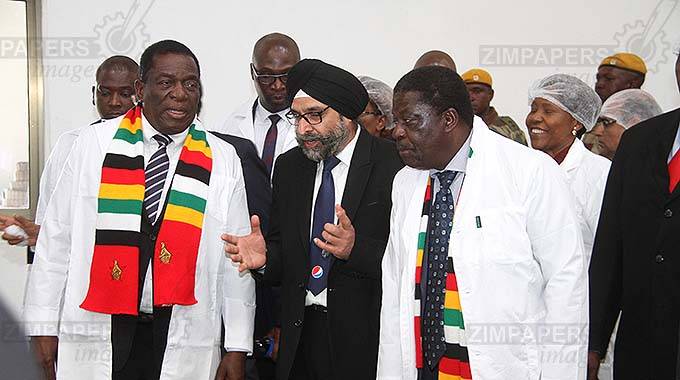 “In this vein, we are implementing the Border Efficient Management System which seeks to transform our border posts into world class ports of entry, capable of efficiently facilitating the movement of goods and people.”

Varun Beverages chairman and founder Mr Ravi Jaipuria said: “I have an Argo based Project for producing “potato chips” which I truly believe has a huge potential, it’s a core staple diet and having huge export potential across African countries. In this project we will be partnering with local farmers – which shall generate direct employment to more than 600 farmer families. 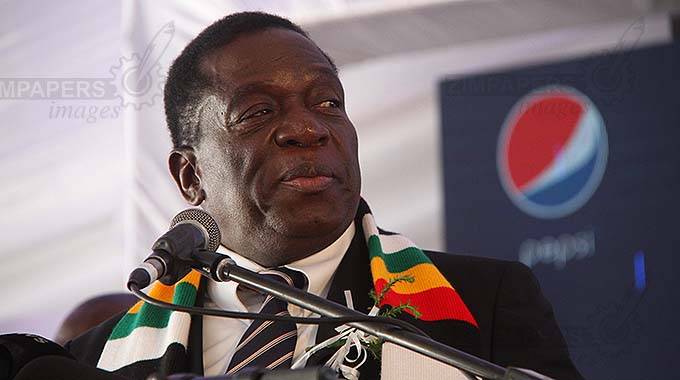 “In addition we will be supporting farmers with specialised extension services for growing right quality of potatoes. A special variety of seeds will be developed with the help of latest technical knowhow keeping in mind the local weather and soil quality,” he said.