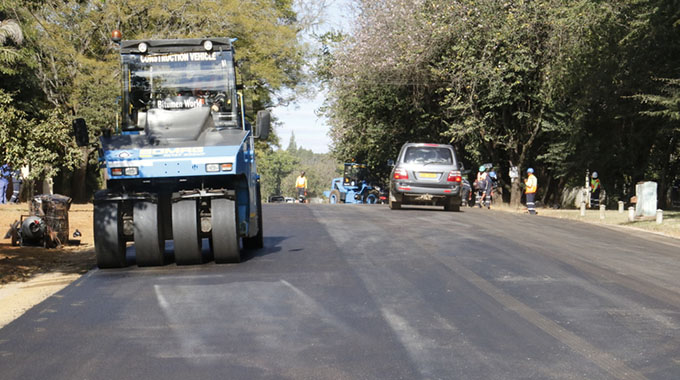 Africa Moyo Business Reporter
Government has launched the Zimbabwe Motor Industry Development Policy (ZMIDP) that is expected to see the sector ramping up capacity from the current levels of under 10 percent to full capacity by 2030.

The ZMIDP is scheduled to run from this year to 2030, with a provision for a mid-term review after the first five years.

Minister of Industry, Commerce and Enterprise Development Dr Mike Bimha, who officially launched the ZMIDP in Harare yesterday, said the policy would enable the country to guide and direct the growth of the crucial sector.

Dr Bimha also said the launch of the ZMIDP comes at an opportune moment when there is a new political dispensation fully supportive of business growth and development.

“The motor industry is at the heart of any economy as it provides essential transport service.

“Our transport systems had lagged way behind those of other countries, an enabling policy in the form of the ZMIDP that we are launching here                   . . . will go a long way in guiding and directing the growth and development of this critical sector,” said Dr Bimha.

The policy comes at a time when vehicle imports, particularly second-hand, have been gobbling an average of $500 million per annum between 2009 and 2014, prejudicing the country of the much-needed foreign currency.

Although capacity utilisation at local vehicle assemblers has been declining from 20 000 units in 1997 to about 6 000 in 2009, vehicle imports are believed to have worsened the situation.

Sales for second-hand vehicles have increased to over 60 000 units.

The ZMIDP is now expected to boost investor confidence, thereby attracting both domestic and foreign investments, which the sector is clamouring for.

Dr Bimha said the strategic vision of the policy is to spearhead the revival and development of the local motor industry at a level where it is benchmarked with other sectors of the economy.

The ZMIDP also seeks to promote investment into the assembly of vehicles from completely knocked down (CKD) and semi-knocked down (SKD) kits.

This is over and above promoting downstream local industries such as suppliers of tyres, batteries, glass, paint, chemicals, solvents, springs, steel, seat forms, seat covers and wood.

The ZMIDP is anchored on six key strategies which are control on second-hand vehicle imports; categorisation and regulation of the motor industry; development of motor industry value chain and clusters; assembly of SKD and CKD kits, and Government support.

There are concerns that while ordinary citizens are importing vehicles mainly from Japan, Government was equally guilty of importing brand new vehicles for its departments and ministers, instead of getting them from local assemblers. Dr Bimha said the success of the ZMIDP would be measured against four deliverables – the development of the local motor industry to a level where it is 100 percent self-sufficient in terms of supplying automotive and components requirements by 2030, and creation of 20 000 jobs in the sector and downstream industries.

Efforts to create the ZMIDP started in 2002 but the process hit gridlocks until 2015 when the process resumed in earnest.