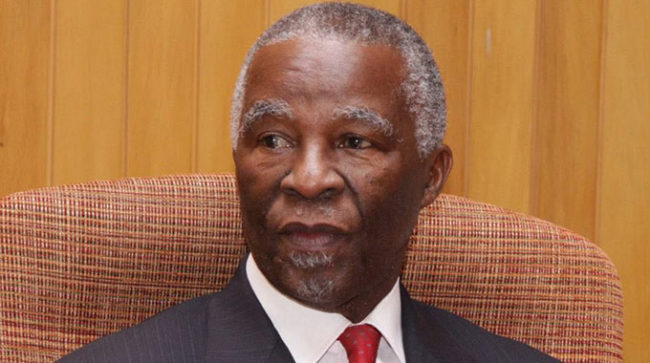 “I am told [former] president Mbeki said he is waiting for Mnangagwa since December, but he has not communicated back to him ever since,” Chamisa said.

“He has tried to communicate with him but he has not communicated back.”

The MDC leader, who has been meeting party structures, with visits to Mashonaland West, Mashonaland East, Harare and Mutare, said Zimbabweans wanted dialogue that would see a “transitional authority” ruling the country.

Mnangagwa insists that Chamisa must join a forum of losing 2018 presidential candidates known as the Political Actors Dialogue (Polad), which consists of fringe political parties.

“Zimbabweans are raring to go. They are saying we should never join shadowy dialogue and they want their voice to be respected. They say don’t be pushed into shadowy platforms like Polad,” Chamisa said.

“That is the resounding voice. They say there must be genuine dialogue and a transitional arrangement to deal with the crisis of governance and legitimacy which is manifesting in the economic crisis.”

He said Zimbabweans were disappointed that leaders of the 2017 coup had not delivered on their promises.

“People are disappointed that they were sold a dummy and they were duped,” he said. “Things have gone worse in the country.”

Nick Mangwana, the government spokesperson, yesterday insisted Mbeki’s visit had nothing to do with talks between Mnangagwa and Chamisa.

Meanwhile, Chamisa told MDC supporters in Chinhoyi on Friday that dialogue would prevent Zimbabwe from sliding into anarchy.

“We don’t want to dialogue because people have died,” he said. “We must dialogue now to avoid unnecessary deaths.

“My big brother Mnangagwa should avoid the Sudanese scenario where leaders had to dialogue after a heavy loss of lives, let’s respect sanctity of lives.”

Chamisa said any genuine dialogue must include the military because the army was involved in Zimbabwean politics.

“I requested that if genuine dialogue takes place, we shouldn’t leave out the military,” he said. “They must be part of the equation, let the military come and present their grievances,” he said.

“No wonder why the respected Zanla and Zipra were represented at the Lancaster House talks.”

In 2017, army commanders justified the coup by saying that Zanu PF was in danger of losing elections the following year because the then President Robert Mugabe’s powers had been usurped by his wife Grace