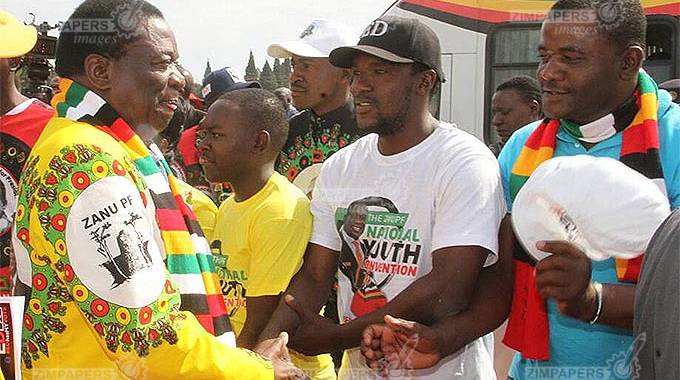 Sydney Kawadza Bureau Chief
President Mnangagwa descends on the farming town of Chegutu today as the ruling party rolls out its election campaign in Mashonaland West Province. The President, who is expected to officiate at the renaming of formerly Suri Suri Airbase to Jason Ziapapa Moyo Air Force Base, will address a star rally at Pfupajena Stadium in Chegutu.

In an interview yesterday, zanu-pf Mashonaland West provincial chairman Cde Ziyambi Ziyambi said the party was ready to host the largest rally in the province.

“Our preparations to host the President have been on course and all our relevant departments in the party and Government have left no stone unturned for a successful rally,” he said.

Cde Ziyambi said the provincial leadership had mobilised what they expect to be the largest crowd to welcome President Mnangagwa and his delegation.

Thousands of zanu-pf supporters gave President Mnangagwa a thunderous reception in Manicaland when he addressed two meetings in Mutare and Buhera a fortnight ago.

“We expect President Mnangagwa to be at Pfupajena Stadium at 12 o’clock in the afternoon. We have mobilised what could be the largest crowd to meet the President as we want to show Zimbabwe that Mashonaland West is ‘Mash Best’.

“With the preparations we have made, I am certain that our supporters will descend on Chegutu and we will have a very successful rally tomorrow (today).”

The crowd will be entertained by two of Zimbabwe’s top musicians, Jah Prayzah and Sulumani Chimbetu.
“We have had tremendous support from our party structures, while the provincial administrator’s office and Chegutu Town Council have been working hard to make sure all that is required to host the President and his delegation is in place,” he said.
President Mnangagwa on Wednesday proclaimed July 30 as the date Zimbabwe holds its harmonised elections.