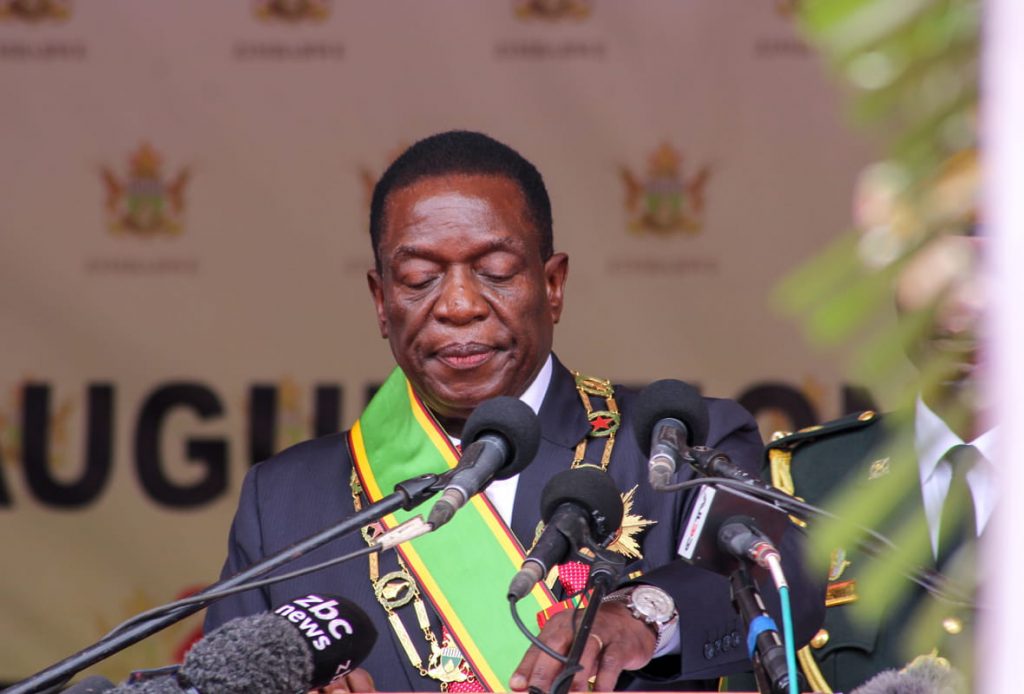 PRESIDENT Emmerson Mnangagwa is stepping in to try and end the widening fallout from Zanu PF’s chaotic district coordinating committee (DCC) elections, which have raised political temperatures higher even in his Midlands home province.

So concerned is Mnangagwa, it has emerged, that he has asked to meet the ruling party’s security department — to get the “correct picture” of what transpired during the former liberation movement’s highly-divisive internal polls.

Zanu PF secretary for security in the politburo, Lovemore Matuke, confirmed to the Daily News yesterday that Mnangagwa had indeed asked for a meeting in his quest to understand what transpired during the DCC elections.

This comes as Zanu PF has withheld the results of the majority of the DCC elections, following a deluge of complaints by some losing candidates who allege ballot fraud and massive rigging during the party polls.

“The president obviously has an interest in knowing what took place during the DCC elections countrywide, but our teams are still on the ground.

“We expect that they will be back early this week and from there we will compile a comprehensive report which we will give to the party and the president,” Matuke said yesterday.

Insiders who spoke to the Daily News said Mnangagwa had indicated his intention to meet with officials in Matuke’s department last Friday, but that meeting had been postponed to this week.

“Unfortunately, the teams have not yet come back after they realised there was a need to gather more information, hence the meeting had to be postponed.

“The president indicated that he did not want Matuke or any other politician to be there when he meets party officials, because he does not want to get a partisan report.

“Now the meeting is scheduled to take place this week when the officials are back,” one of the insiders said.

All this comes as fissures are widening in the former liberation movement, over the manner in which the DCC elections were conducted.

Political temperatures have risen even in Mnangagwa’s own Midlands province — where party heavyweights have traded accusations over impropriety during the DCC elections.

Losing Kwekwe DCC candidate for the chairperson’s position, Vongaishe Mupereri, has accused the party’s provincial chairperson, Daniel Mackenzie Ncube, and some members of his executive of electoral chicanery — which he alleged cost him the election.

“Social welfare donations and presidential inputs were used to buy votes … For the first time in internal Zanu PF elections, voters were coerced to vote for particular candidates who had slaughtered cattle, provided mealie-meal and rice donated by the president to feed voters at polling stations.

“There was massive intimidation in Zhombe, while in Silobela police officers who were deployed there were casting votes on behalf of the electorate.

“My agents were denied access to the polling stations except after we complained. It even went as far as my agents being beaten up … at Gomba Primary School,” Mupereri said in his letter of complaint.

“At Chisunga, the local councillor … threatened to  remove social welfare beneficiaries from the list if they did not vote for Thandika and his team.

“At Gomba Primary School, ballot papers for the positions of chairman and deputy chairman were not provided, yet we had results for those posts.

“The trend of non-availability of ballot papers affected most members who belonged to my team at various polling stations,” Mupereri said further.

“Having noted the above, I think in all fairness the polling in Kwekwe DCC should be declared null and void and a re-run is called.

“Last but not least, if a re-run is to be conducted, all district chairpersons should vote at the administration office away from their districts,” he added.

However, Mackenzie Ncube described Mupereri as a sore loser who was now holding Zanu PF to ransom.

“The election came and went. The people spoke and there is no going back. In any case, Mupereri’s rivals have since responded to his allegations in a letter to the national chairperson and the party leadership,” Mackenzie Ncube told the Daily News.

In their response, the 18 other candidates who participated in the Kwekwe DCC elections accused Mupereri of working with two Cabinet ministers, as well as sponsoring the notorious Zanu PF linked terror group, Al-Shabaab, in the mining town.

“During the DCC election campaign, it is on record that we lodged a complaint with the office of the provincial chairman outlining that Mupereri’s camp was going around intimidating district officials in Zhombe and Silobela.

“It is on record that on several occasions, they bussed district chairmen and their secretaries of administration to Kwekwe urban to meet July Moyo, who is his uncle, and Owen Ncube at the Mkwati premises occupied by the (State Security) minister.

“The purpose of the meetings was to inform the districts’ leadership that he (Mupereri) and his team were the president’s preferred candidates, in defiance of the president’s order not to use his name to get ahead of rivals,” they said.

“Jonah Nyevere, George Makombe and Jerera led Mupereri’s campaign teams and they went around insulting other candidates, branding them G40.

“They threatened to burn the houses of those who did not support them. People are afraid to report all these incidents because as history has it, nothing happens to these Al-Shabaab boys even if they commit crimes, because they enjoy protection from July Moyo and Owen Ncube.

“They intimidate other comrades and commit crimes with impunity and even the police are afraid of them,” they added.

All the brouhaha comes as one of the founders of Zanu PF and liberation war stalwart Rugare Gumbo has warned that as the DCCs are highly divisive, they need to be parked for now to allow unity in Zanu PF.

“The issue of the DCCs has always been a source of friction, factionalism and divisions in the party for a long time, and that explains why they were disbanded in the first place.

“While we don’t know how things will shape up, it is difficult to imagine the party maintaining its unity in their aftermath, given the history of the DCCs.

“You may recall that they were abolished because of the disharmony that they had brought into the movement.

“We can only hope that if the new leadership sees value in them, they have a way to solve the subsequent conflict in a way that unites the party.

“But from our knowledge of the party, they (the DCCs) are a real challenge and also unnecessary,” the forthright Gumbo told the Daily News last week.

The DCC structures elect Zanu PF’s 10 provincial executives — from where the party draws members of the central committee and the politburo.

The DCCs were disbanded in 2012 after they were deemed to be fanning factionalism during Mnangagwa and Mujuru’s battles to succeed the late former president Robert Mugabe.

Then, Mnangagwa’s group had gained control of most regions, including Mujuru’s Mashonaland Central province — putting him in a strong position ahead of the party’s 2014 congress.

Progression or Regression? The New Constitution and the State of the Judiciary in Zimbabwe