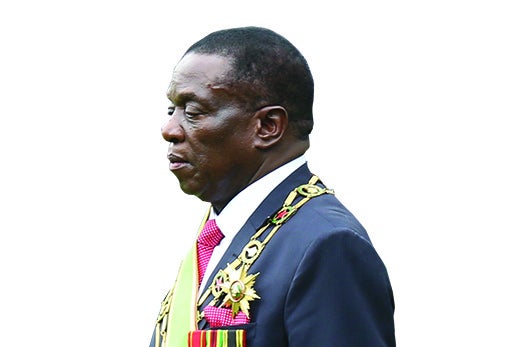 He said the sharp increase in prices of basic goods and services has plunged citizens who are earning wages that are way below the poverty datum line (PDL) into deeper poverty.

“They must be accountable to the residents and to their communities. Even at higher national level there, we are having challenges, we are calling the national leadership to look at the challenges that are faced by our people in the whole country,” Dube said.

“This issue of prices that are going up every day must stop. We appeal to His Excellency the President to put his foot down and make sure something is done, because if things continue like this, I do not see Zimbabwe going in the right direction. We appeal to all leaders to take us seriously as citizens and deliver on their mandate.”

“I am noting with great concern that our leaders do not take their duties of serving the people seriously, look at the councillors in Bulawayo City Council …

He challenged those in positions of power to address people‘s concerns.

“People who are in leadership positions must perform and work closely with the residents they are serving.”

Meanwhile, church organisations in Bulawayo have organised a city-wide evangelistic mission to seek divine intervention for the crumbling economy and political tensions which are widely blamed for degrading the lives of citizens.

The church organisations involved are the Evangelical Fellowship of Zimbabwe (EFZ) and the Zimbabwe Council of Churches (ZCC), who are partnering with Africa Evangelistic Enterprise in the mission.

In a statement, the mission co-ordinator Cleopas Ncube said the church organisations will be hosting a city-wide evangelistic mission from September 22 to 29.

“As the body of Christ, we need to change the stories of our people in Bulawayo to those of restoration of human hope, faith, love, dignity and unity. In an effort to do exactly that, churches in Bulawayo will, during the mission week, be presenting the redemptive gospel of Christ in every conceivable place; factories, prisons, schools, hospitals, street corners, the homeless, nightclubs, beerhalls, drug dealers, neighbourhoods and market places,” Ncube said.

“Over 1 000 gospel messages will be shared by over 200 evangelists during the day. Three mass crusade gatherings will be held concurrently in three high-density townships for six days in the evenings.”