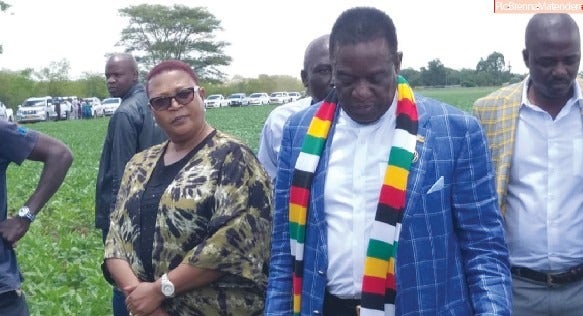 OPPOSITION party leaders forming President Emmerson Mnangagwa’s Political Actors Dialogue (Polad) platform have been left seething with anger after the Zanu PF leader ignored their proposals regarding steps to be followed before gazetting of the controversial Constitutional Amendment Bill.

Mnangagwa last met his Polad team at his farm last month and the 19 parties in attendance allegedly agreed that the proposed constitutional changes be debated at their platform before being gazetted and taken to Parliament.

However, Mnangagwa ignored the suggestions and railroaded the changes through Cabinet and had them gazetted by Justice minister Ziyambi Ziyambi without Polad members’ consent.

“During the last meeting of Polad, one of the resolutions read out was that the proposed Constitutional Amendment Bill should not be gazetted, but instead brought to Polad where it would be discussed and other parties input,” constitutional law expert and National Constitutional Assembly (NCA) leader Lovemore Madhuku fumed yesterday.

“It was agreed that a Bill would then be brought to Parliament with amendments also from other political parties and instead of focusing on the Zanu PF needs, we will have an omnibus Bill, but that was not followed. But they went ahead and gazetted the Bill.”

The NCA leader said he would soon mobilise other parties and use Polad and other avenues to campaign against the passing of the Bill into an Act.

“Obviously we are not happy that our first resolution as Polad was not respected. We are dealing with Zanu PF, which is in the old mode and we expected that,” Madhuku said.

“You must know that Zanu PF is not used to the culture of getting advice. But we are not pulling out of Polad because it’s the only platform that we have, because we don’t have representatives in Parliament.”

But Ziyambi defended his move to gazette the amendment, saying Polad was not part of the law-making process and, therefore, did not deserve to be consulted.

“We are shocked that they want to stop a process which is allowed by the country’s laws. They want us to sit down and consult them. Yes, they are in Polad, but if you check with Bills, we don’t take them to Polad,” he said.

“They are trying to make Polad an arm of government. If they have their views and ideas, they can discuss them there and then they are brought to Cabinet and discussed, then they become policy.

But that we, as government, to go to them to ask them on laws, policies or budgets as they want us to do, that would mean we have lost the mandate that we were given by the people to rule.”

The Justice minister said Zanu PF would use its two-thirds majority in Parliament to change the Constitution.

“I would be lying if I said we are happy … There has been a media spin out there painting Polad as a platform for wanting to loot government coffers, wanting cars and allowances. It is very unfortunate that we lost a brilliant opportunity to show that Polad is a serious dialoguing platform. We are not happy,” he said.

“Our question is why not give us an opportunity to ventilate this issue? If Polad is going to be an effective dialoguing platform, those in authority should take it seriously. It would have been progressive to show the right degree of seriousness by giving us an opportunity to discuss the amendments.”

Eighteen fringe opposition parties were represented at the Kwekwe meeting, among them the People’s Rainbow Coalition leader Lucia Matibenga and the Thokozani Khupe-led MDC-T.

These parties garnered less than 2% of total votes cast in the 2018 elections.

The Nelson Chamisa-led MDC, which has refused to be part of Polad, said the latest development had vindicated their decision to stay out of the platform.

At the weekend, Chamisa said joining Polad would be giving the nation false hope, and instead demanded real talks mediated by a neutral person and guaranteed by Sadc and the African Union.

“We saw Polad 1 when Ian Smith had talks with (the late former Prime Minister Abel) Muzorewa, giving the nation false hope. We saw how Zanu PF acts when there are no guarantees, especially what happened during the GNU [Government of National Unity],” Chamisa said.

“Now I will not join Polad 2 and give the people false hope because if results don’t come, people will lose hope in national processes and we don’t want that to happen.”