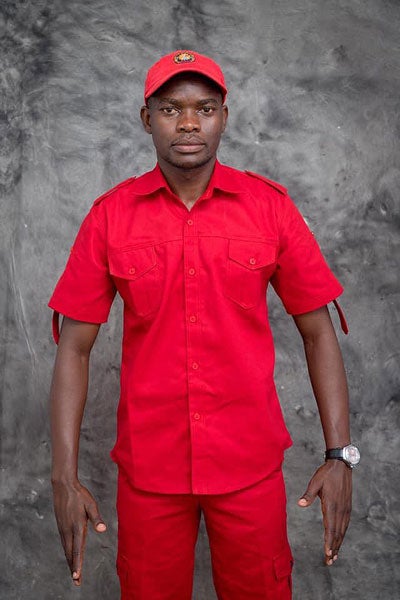 THE opposition MDC celebrated its 20th anniversary at Rufaro Stadium at the weekend. NewsDay senior reporter Blessed Mhlanga (ND) had earlier spoken to the party’s youth Assembly chairperson Obey Sithole (OS) on key issues affecting the economy, party and the youth in general. Below are excerpts from the interview:

ND: Obey, we have seen that over the past few months, there have been alleged abductions, especially of youths believed to be aligned to the opposition and we have also witnessed what the United Nations said is a closure of democratic space, how do you interpret this in terms of the youth?

OS: Okay, indeed over these past months, we have been witnessing serious challenges with regards to opening up of democratic space. What it simply means to the people of Zimbabwe is that we are operating in an environment where we have an irresponsible government that does not take cognisance of the importance of constitutionalism.

It is a constitutional right for everyone to make a choice regarding political discourse, but in Zimbabwe, the government is led by a person who does not respect the Constitution. As a result, people are being abducted for simply saying the truth about the situation that is existing in this country.

Another message that is being sent is we have an inconsiderate government that will never reform. Yes, I know that (President) Emmerson Mnangagwa has appeased ever since he came into power, he has been preaching the gospel of reformation, but we all know and it has been confirmed by the development of the past few months that they will never reform.

The only thing that we need to do now is to take the responsibility as the people of Zimbabwe to reform them because they cannot reform themselves, but we are going to take it upon ourselves to reform them.

OS: It’s sheer madness and stupidity, for lack of a better word, for someone to say that people are staging abductions. There is no right thinking person who can inflict pain on his body just to send a message of abductions.

Abductions are real and we all know that it has always been a culture of Zanu PF to refuse the things that they have done. As we see today, we have witnessed the demise of the economic situation, still Zanu PF cannot take responsibility.

So the party in government has no culture whatsoever of taking responsibility of what it does. Abductions are real, it has happened before. Even up to now, (human rights activist) Itai Dzamara is nowhere to be seen, he is not among us, but when it happened the government refused and said it was a fake abduction, but it happened. People have been killed and they don’t take responsibility.

ND: You were almost allegedly abducted at The Venue. How did it feel?

OS: It was quite horrific, quite disturbing. And, indeed, it was disturbing because you know what happened at that particular time. I thought that we are operating in an environment where political tolerance will be a reality, but indeed, it is not a reality.

There is no tolerance in Zimbabwe simply because after that event, where we were having a conversation as Zimbabwean citizens, what followed afterwards was an attempted abduction and for your own information, it happened in the full view of people and that is quite shocking because it means the regime is shameless. The regime does not care about its actions.

ND: Were you deterred by this attempt on you?

OS: No, not at all. This, if anything, has actually strengthened us further because it gives us another reason to fight more. We do not want a country where people live in fear of abduction for what they say, for what they believe in. So I am saying what has happened and what is happening with regards to abduction is actually a source of strength for us because we want to recreate a new Zimbabwe, where everyone will live happily without any fear of victimisation, without any fear of abduction.

So for as long as we are yet to achieve that, we will remain resolute and courageous enough to pursue that cause that will bring a new better democratic Zimbabwe. So, indeed, we are not deterred.

ND: Twenty years for the MDC, what does it mean for you?

OS: It means a lot, we have come of age, we have survived this toxic terrain, which is quite murderous, but we are still alive. What it simply means is that we are the only alternative. Had it been that we are not an alternative, we could not have spent 20 years alive.

We are alive today as a party because we have seen it all. We have weathered the storm because we have an agenda that is backed by the people, which we are pursuing, until we get there.

We are alive to the fact that we need to survive even in the most difficult circumstances obtaining today.

People are being killed, we have lost our beloved ones, because of this journey. We have a number of local authorities under our control because we have won; we are the people’s choice.

ND: You are running Harare, which does not have the capacity to deliver potable water. Does that make you proud?

OS: People must understand the circumstances behind the unavailability of water.

ND: What are the circumstances?

OS: We are working in an environment where we have an unfretted ministerial interference in the running of local authorities.

ND: Have the ministers come and taken water treatment chemicals away from Harare Municipality?

OS: I want to come to that. What is missing right now at Harare City Council is the availability of foreign currency. Then the question is where did the foreign currency go? We have a Ministry of Finance which is supposed to be having reserves of forex, but they have been depleted, the continuous and endless trips of Mnangagwa and his cartel, there is “lootocracy” that is taking place at the Ministry of Finance at the expense of local authorities and critical areas like health.

The residents are paying their rates in bond notes. By the way and for your own information, it is not the MDC that said we should do away with the foreign currency regime. It is Zanu PF through its relevant ministries, which said we must not use United States dollars.

But procurement of these chemicals requires foreign currency, which local authorities do not have, but the good news for you is that water supplies have been restored.

ND: Someone would argue that if you are so powerless to that extent, why should you continue being part of councils, Parliament and so on? Why not withdraw and let Zanu PF run the show?

OS: It is about the culture of not abiding to the constitutional provisions. For us as the MDC, we have to occupy those spaces so that we push to ensure that constitutionalism is restored in this country.

Devolution and decentralisation are realities in our Constitution, but what we have is a government that has thrown all that into the bin and continues to meddle in the affairs of our zones of autonomy. We will push until the Constitution is respected.

What they do is that from time to time, they interfere with the running of local authorities. This is why we are where we are today. It is a political battle. This is why you see the people in Zanu PF are the ones who say the MDC has failed. It’s their propaganda that they are developing by suffocating the interests of the people at local level.

ND: You have been viewed as a militant youth, and fronting violent demonstrations, what is your response to that?

OS: It’s not true, I have never fronted any violence. People need to understand the difference between resistance and violence. What I have always advocated for is resistance. It is every person’s right to resist any form of oppression and repression.

So this is what I have been saying; resist this intolerable culture of Zanu PF of abducting people, of creating joblessness, a culture of eliminating education and health among the citizens.

For crying out loud, these are fundamental human rights for everyone to have a job, a decent one for that matter. It’s a fundamental right for someone who is working to get a decent salary, but that’s not what is happening.

We cannot be conformist. We cannot conform to illegitimacy. We will continue to resist an illegitimate government and that is not violence in any way. You have seen our record, all the demonstrations we have done have not been violent.

ND: If you had an opportunity to have a one-on-one with Mnangagwa, what would you tell him?

OS: One word that I will start to tell him is he is illegitimate. Mnangagwa was not elected by the people, but he was appointed by Zec (Zimbabwe Electoral Commission) with the help of the Constitutional Court and we have the evidence that he did not win an election.

So coming from that, I will then advise him to pave way for the right people to lead this country because he has failed to run this country. The basics of each and every properly functioning government must be to provide jobs for its people. That is not happening.