President Emmerson Mnangagwa has effectively ended Vice-President Constantino Chiwenga’s ambitions for the top post after Zanu PF structures took the unusual step of endorsing him as the ruling party’s candidate almost five years before the next election. 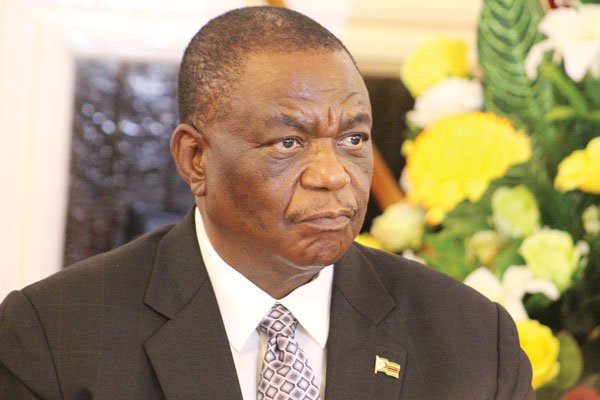 Zanu PF will hold its annual conference in Esigodini in Matabeleland South this week amid simmering tensions between Mnangagwa and the increasingly isolated Chiwenga.

After leading the coup that toppled former president Robert Mugabe in November last year, Chiwenga’s backers wanted Mnangagwa to serve one term and hand over the reins to the former army commander ahead of the 2023 elections.

However, that plan seems to have gone up in smoke with a strong push for Mnangagwa to run for a second term, which was started by Zanu PF youths a few weeks ago.

A senior Zanu PF official revealed that the rush to endorse Mnangagwa was linked to a plan to isolate Chiwenga and to curb his influence in the ruling party.

“In public they might want to give an impression that they are united, but a lot of things are happening in the background,” the source said.

“Mnangagwa’s backers are making sure that Chiwenga’s influence in both government and party is whittled down.

“This is why there is a rush to endorse the president as the party’s presidential candidate in 2023 only three months after the elections. This is being done to ensure Chiwenga will not have any chance.”

The Zanu PF youth league, women’s league, war veterans and the majority of the provincial structures have already endorsed Mnangagwa as the party’s presidential candidate for 2023.

The youths were the first to make the public endorsement and went on to unveil the “2023 ED Pfee” slogan to campaign for the president.

The youth league’s commissar Godfrey Tsenengamu criticised party members who were whispering in corridors that Mnangagwa would only run for one term.

Tsenengamu’s declaration and recent statements by Zanu PF youth secretary Pupurai Togarepi and secretary for administration Lewis Matutu, declaring that Mnangagwa could not be challenged, are said to have unsettled Chiwenga’s backers.

“Chiwenga’s supporters are now feeling betrayed. They think Mnangagwa would not have been president without the retired general.

“They are bitter that Chiwenga and most of those loyal to him are being sidelined by a clique close to Mnangagwa led by his relatives and allies,” the source said.

“They also think Mnangagwa has been captured and is betraying some of the agreements made when he was made leader.

“They are bitter that the security establishments are now led by people from mostly Midlands, the army and Central Intelligence Organisation, and there are plots to have one from Masvingo to take over the police force.”

According to the source, the targeting of command agriculture benefactor Kudakwashe Tagwirei was a way of dismantling Chiwenga’s support base as the businessman is believed to be his major financier.

“A lot is happening. Mnangagwa backers are not sleeping. They know Chiwenga is a real threat in the succession matrix. They would have been glad if he was removed from his position and they are busy plotting for that,” another source added.

However, Zanu PF spokesperson Simon Khaya Moyo said Mnangagwa’s endorsement had nothing to do with the alleged plot against Chiwenga.

“VP Chiwenga has responded to that. It is all nonsense. It is wishful thinking. There is nothing wrong in endorsing the president now and all who want to challenge him can always stand against him ahead of 2023,” he said.

“The issue of VP Chiwenga is nonsense. It’s a democratic country, and people are free to express themselves. That was why we fought for freedom. As long as you don’t break the law, there is nothing wrong with that.”

This week’s conference will be the first without Mugabe after last year’s extraordinary congress that elected Mnangagwa as Zanu PF’s new leader.