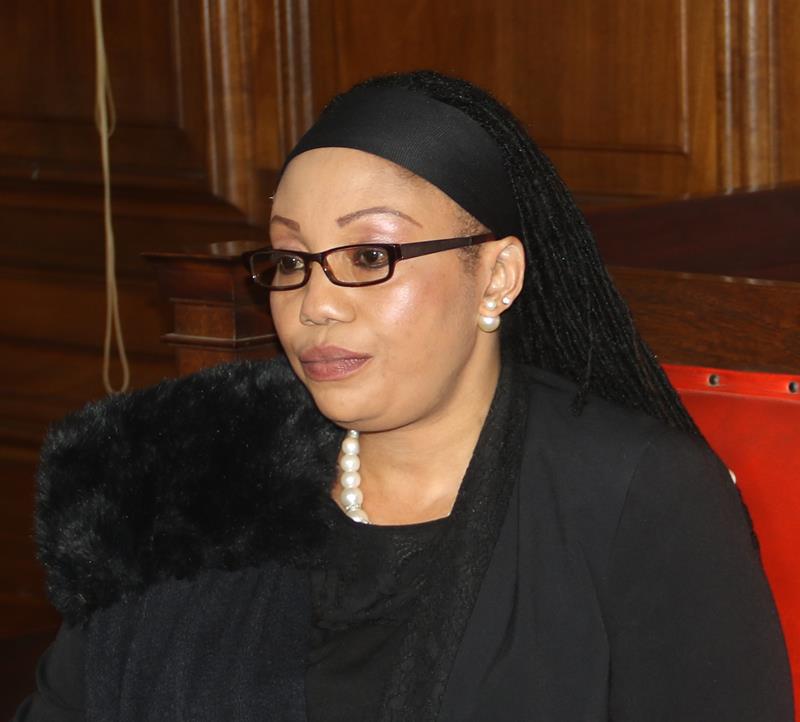 HARARE – As political temperatures continue to rise ahead of the country’s
make-or-break national elections on July 30, the under-fire national
elections management body – the Zimbabwe Electoral Commission (Zec) – now
says it is prepared to meet opposition leader Nelson Chamisa to address
some of his grievances.

However, analysts who spoke to the Daily News on Sunday yesterday feared
that this welcome decision by Zec to engage the MDC Alliance principal on
his list of demands for the polls could be a case of “too little, too
late” – given that the keenly-anticipated plebiscite was a mere two weeks
away.

All this comes as serious questions have been raised by a distrusting
opposition about Zec’s ability to run free, fair and credible elections,
following last week’s damaging controversy in Bulawayo relating to postal
votes.

Chamisa, in particular, is also demanding access to the printing of both
the presidential and general ballot papers to be used during the
elections, as well as access to the finalised voters’ roll.

In a letter agreeing to a meeting with the youthful opposition leader, Zec
said it was ready to both engage and deal with all the issues that had
been raised by the MDC Alliance and other opposition parties, under the
auspices of the multi-party liaison committee – a structure which was
created to manage political conflicts after the close of the Nomination
Court.

“We respectfully advise that the full Zec has agreed that your requests
are best dealt with at our multi-party liaison committee in order to build
consensus with the other political parties that are going to the election.

“In the absence of a legal framework to guide us on how best to
accommodate your request, a consensus approach is the next best
alternative,” Utoile Silaigwana – Zec’s acting chief elections officer –
said in a letter that was recently delivered to Chamisa’s chief election
agent Jameson Timba.

At the same time, political analysts told the Daily News On Sunday that
Zec’s latest move was likely to be “of little effect” – as a raft of
reforms which should have been instituted long back had effectively been
put on the back burner by President Emmerson Mnangagwa’s proclamation of
the July 30 elections.

Chamisa, who is expected to provide the sternest test to Mnangagwa in the
elections, has held multiple demonstrations against Zec in recent months –
in a bid to force the national elections management body to accede to a
raft of his demands ahead of the crucial polls.

Chief among these demands is the transparent printing of ballot papers,
which Timba says the MDC Alliance had previously raised with Zec
chairperson Priscilla Chigumba.

He added that when he met with Chigumba on July 2, she had indicated to
him that the printing of ballots had started three days before the
scheduled date of observation by political parties – because Zec was
allegedly running out of time, claiming that it took at least 30 days to
print the ballots.

This notwithstanding, Zec had apparently completed the printing of the
ballots in 11 days – and not the 30 days that had been suggested to the
MDC Alliance.

“We have been reliably informed that the main reason among others why
there was no observation of ballot printing at Fidelity Printers is that
there was simply no printing taking place there, because printing had been
done elsewhere. It was a decoy … a joke that has ceased to be funny,”
Timba fumed.

He also said that the other opposition parties had agreed that the reforms
that were being demanded by the MDC were legitimate – and even Zec had now
acknowledged this fact.

For the second time in as many months, Chamisa and the MDC Alliance held a
massive protest in Harare against Zec last Wednesday, to press for action
on their demands for electoral reforms.

Zec was also hauled before the coals on Thursday after police held a
highly-contested postal vote which the MDC Alliance and other opposition
parties said was fraught with irregularities.

In the aftermath of that fiasco, angry opposition parties and rights
groups also claimed that the impending national elections were now at the
risk of losing their credibility altogether, unless Zec acted on all the
serious flaws that contesting parties had cited.

The MDC Alliance accused both Zec and the police of undermining the
“credibility” of the polls – charging that the postal vote had been held
“clandestinely” and thus violated sections of the Electoral Act.

Apart from complaining about not having been notified of Thursday’s
special vote, the MDC Alliance made further stunning claims that it had
information that “most” of the police officers had been forced to vote in
front of their bosses.

However, the police dismissed the allegations as false on Friday.

“No police officer was forced to vote in front of any officer. The voting
process went on very smoothly … the voting process is being done
according to the laws of the country, period,” said senior assistant
commissioner Erasmus Makodza.

During a subsequent meeting with election observers, Chigumba also said
that there was nothing amiss about Thursday’s special vote, adding that it
was thus valid.

“Unless we have evidence that someone was intimidated or forced into
exercising the postal vote against their will, my preliminary answer would
be yes, they will be valid unless there is evidence of electoral
malpractice around the practice of that postal vote.

“And I would like to urge and encourage those who are not willing to
practice postal vote to simply decline to do so,” Chigumba said.

Zimbabwe will hold its crunch elections on July 30 – which for the first
time in two decades will not feature both ousted former president Robert
Mugabe and the late MDC founding leader Morgan Tsvangirai, who lost his
valiant battle against colon cancer at the beginning of the year.

This year’s elections have generated a lot of interest among both ordinary
Zimbabweans and ambitious politicians alike, with many people anticipating
a close contest between Zanu PF and the MDC Alliance.

Mnangagwa, 75, is seeking a substantive term in the July 30 harmonised
elections, in which he will face the youthful Chamisa and 21 other
presidential aspirants.

And for the first time in post-independent Zimbabwe there will also be
female presidential candidates – four of them – taking on their male
counterparts for the right to occupy the most powerful political office in
the country after the plebiscite.