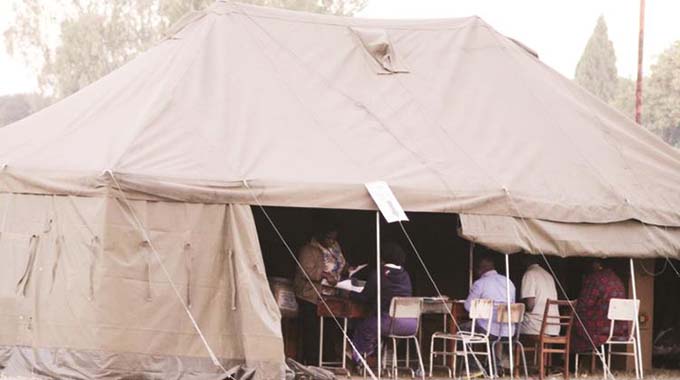 ZIMBABWEANS have done well in the run up to the election, with basically zero violence and high levels of tolerance for those they disagree with, culminating in two large rallies in Harare on Saturday where many supporters must have had to pass the other rally to get to hear the candidate they supported.

This was the first condition for a free and fair election and we have passed, with honours.

There are still three more steps: the voting itself, the counting and the announcement of the results. And we need to keep that same calm and tolerant climate for all three steps and then accept the final result.

There are now a number of safeguards in place.

For a start the Zimbabwe Electoral Commission was upgraded, even taking control of the voters’ roll and its independence was enhanced. There were a number of legal challenges to ZEC before the High Court, two of which were successful.

First ZEC was barred from releasing a voters roll with pictures. Admittedly this was what ZEC wanted and so it did not oppose the application, but others did enter the case so the judge heard arguments for and against before ruling that ZEC could not change its mind without permission from a higher court. The second was an order that all polling officers serving at a station where they are not registered to vote must be taken to their own station sometime today so they can vote, with ZEC laying on the transport.

People need to understand that replacing staff in ZEC is not simple so long as they do their job professionally.

Secondly, we have the “external auditors”, the foreign observers and their missions. Everyone who wanted to observe has been allowed in and accredited, the Government making it clear there was nothing to hide.

Among these four missions are critical: those of Sadc and the African Union from our own continent and the European Union and the Commonwealth teams from outside. Sadc, our neighbours, want a clean election both for regional status and because they do not need to have a critical country right in the middle of the group, with more than its fair share of transport and other services passing through, in a long messy meltdown.

The AU is also battling to enhance the image of Africa and like Sadc and every African citizen must be sick of snide remarks every time something goes wrong on the continent. The observers on these teams know intimately what can go wrong in an African election and so will be watching closely and knowledgeably.

The EU prides itself, with some justification, at setting best practice for elections. Certainly elections in the bloc are regarded as among the cleanest on the planet. Besides having a top-class external examiner Zimbabwe can also expect a lot of sanctions to vanish if that team finds our poll meets or exceeds high minimum standards.

The Commonwealth team is perhaps the most interesting. Led by a retired Ghanaian president it includes a lot of very experienced senior officials from across the group. Between them they must have seen and in recent decades thwarted successfully, just about every attempt that human ingenuity can conceive to manipulate an election.

Their report will again be critical in Zimbabwe’s reintegration into the global community and in any case is required before Zimbabwe’s application to rejoin the Commonwealth can even be considered.

Thirdly, there are a lot of Zimbabwean pressure groups and perhaps the churches are in the lead here, who are not concerned about who wins, but rather want the will of the people to prevail. Church leaders have been very careful not to endorse any candidate and since no one has promised to violate human rights on victory, have not had to warn their flocks against any candidate

Finally, there are our own courts. Many have already urged those who have serious concerns about some aspect of the polls to use the courts and the legal processes. This is the obvious route to follow and is exercised in many countries, the USA being a prime example which required, five presidential elections ago, an urgent sitting of the Supreme Court before the final winner could be announced.

No Zimbabwean should assume the courts will have a favourite. Judges are in law, theory and practice independent. The practical steps taken to ensure independence are simple: no judge can be fired unless they lapse into gross and provable incompetence or commit a serious criminal offence (speeding tickets and the like do not count) and even here it is a long complex process.

Otherwise unless they take medical retirement on a decent pension or resign they are guaranteed that they stay in post until they are 65 and can elect to stay on until they are 70 subject to medical fitness and then they are granted a generous pension.

They do not need the approval of the Government, Parliament or anyone else to do their job and stay in office. So every judge can resist any political or other pressure with a snap of their fingers and simply follow the law and their conscience.

So those with a grievance can approach the courts and if their grievance is based on evidence they can get redress. Everyone remembers Kenya having to rerun its last presidential election after the courts found adequate reasons to nullify the first attempt. African judges are not cowards.