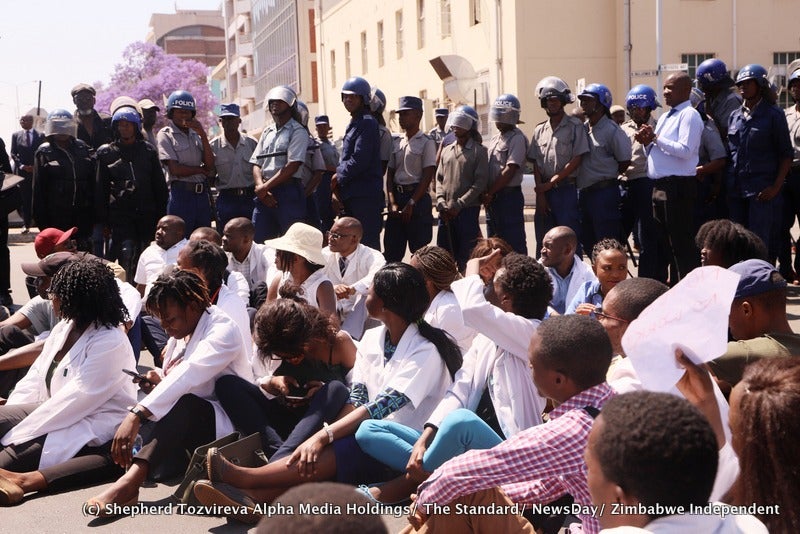 In the past two weeks, the death of Zimbabwe’s founding father, the late former President Robert Mugabe in Singapore and the subsequent political gamesmanship around his burial captured the attention of the world media to the point of mental exhaustion. That story is yet to be finished as he remains unburied.

Then the dramatic disappearance of Peter Magombeyi, the acting president of the Zimbabwe Hospital Doctors Association and his equally dramatic reappearance obliterated all else in the past week… the marches in solidarity with calls for his release, the nightly vigils, the exhilarating feeling when he was found.

But away from all this, the dire situation in the country’s health delivery persists, more ferocious than ever, given that the health workers are still too “incapacitated” to report for duty.

Many lives unfortunately are being lost. The memories of those poor souls will only be held and shared by those that knew them, but for the rest of the country, it is business as usual. Those still admitted in hospitals wait in vain on their beds, hoping for some relief which may never come. They watch their fellow patients losing the battle for life to the Grim Reaper who now has free reign in the wards.

The government should be held responsible for all the deaths and mayhem within the health sector.

It has blood on its hands and stakeholders should hold them accountable.

Health minister Obadiah Moyo has clamoured for a world-class healthcare system, promising universal health for all, but his words are sadly just empty and must be turning to ash in his mouth.

While government officials have become medical tourists, secretly carting off their kith and kin to far away countries for treatment, the rest of us have to contend with the public facilities which are now so incapacitated that they do not even have basic drugs.

Their lack of confidence in the local hospitals is a reflection of just how bad the situation is, but their heads remain buried in the sand.

The fact that Mugabe died in a foreign hospitals should jerk our minds to the starvation in our health sector. Thousands of people have been forced to go for private care which, unfortunately, is beyond the reach on many. So, they go home to die, let down by a government that is big on words, but zero action.

The prevailing situation must not be allowed to continue. Life is sacred and should be guarded at all times. The populace has rights to healthcare as enshrined in the Constitution, but these are being trampled on without thought.

At every platform, officials pledge their support to turning around the health sector, but on the ground nothing is being done. The current standoff with the doctors is not a new issue. It has been a bi-annual event.

The doctors’ demands are simple: Pay us well and provide us with tools of the trade. But the government has repeatedly shifted goal posts, proffering silly and unsustainable solutions. For a government that purports to have the people at heart, this is sheer disregard of human rights.

Hospitals are now empty shells that no longer serve their purpose of healing and preserving lives. There are no drugs, no equipment and no personnel to tend to the sick.

It is time for the populace to stand firm and demand that the government fixes this mess by providing adequate funding.

It is that simple.