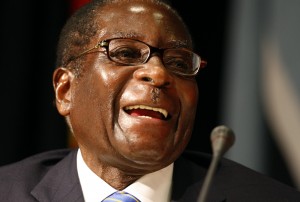 NOT for the first time, President Robert Mugabe made a major policy pronouncement from the podium during his rally in Chinhoyi last Saturday.

Mugabe ordered the reinstatement of thousands of youth officers officially laid off last year by the Civil Service Commission (CSC) from the employ of the Ministry of Youth, Indigenisation and Economic Empowerment.
We say officially laid off because the ministry kept them on its payroll, drawing close to $10 million in salaries last year alone, despite the directive from the CSC that they be terminated.
At the time of the CSC’s July 2016 directive, the youth ministry employed 6 271 workers — most of them youth officers — which the commission wanted reduced to 2 585.
The ministry only terminated 137 posts.

The ministry has been under pressure from both the CSC and the auditor-general, whose 2016 audit exposed the mismatch in the payroll data.

The ministry misrepresented that its wage bill for 2016 was $27 million, while government’s Salary Services Bureau (SSB) processed wages amounting to $37 million for the ministry.
Evidently, the ministry defied the CSC and held out for Mugabe’s intervention. It came on Saturday and, once again, undid Treasury’s efforts to curb spending.
Mugabe similarly used his Independence Day rally speech in 2015 to reverse Finance Minister Patrick Chinamasa’s plans to suspend the 13th cheque for the civil service for two years, to allow government finances to recover.

Had government stuck to the Treasury plan, about $400 million would have been saved over the past two years.

Instead, government spending has spiralled out of control, with last year’s budget deficit reaching $1,4 billion.

In both instances, Mugabe pleaded ignorance of the policy measures.
Far from exonerating him from the evident policy discord, it indicts him as an ineffective chief executive who is not really in charge of his administration.
This is a serious charge, given Mugabe’s insistence — repeated on Saturday — that he is holding ZANU-PF and government together, despite his advanced age.

Also serious is his determination to keep thousands of youth officers — a euphemism for ZANU-PF enforcers — at work at the expense of the overburdened tax payer.

Mugabe’s government ostensibly has a wage and hiring freeze in place.
Treasury has been carefully managing recruitment even in key sectors such as health and education.
Mugabe, who does not miss an opportunity to blame Western sanctions for Zimbabwe’s economic woes, is happy to let these same donor States fund his government’s health and education programmes, while he wastes precious resources on jobs for non-productive party hands.

We are yet to hear a compelling argument why this country needs an average of four youth officers per ward, especially at a time when 91 cents of every dollar government gets as revenue is spent on civil servants’ salaries, pensions as well as employment costs for grant aided institutions.
Zimbabwe’s overall economic prospects will not improve as long as Mugabe and his government do not take policy clarity and consistency seriously.