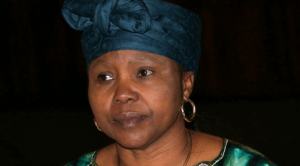 THE Zimbabwe National Water Authority (ZINWA) has dismissed claims by sugarcane farmers in Chiredzi that it was overvaluing water to the farmers, saying its allocation system was based on user requirements.

This comes as reports indicated that a team appointed by Environment, Water and Climate Minister, Oppah Muchinguri-Kashiri, to arbitrate in a dispute between ZINWA and 872 A2 farmers was currently in progress.
Farmers, through the Zimbabwe Sugarcane Farmers Association (ZSFA), want a reduction of water tariffs, arguing that ZNIWA was releasing water in bulk to groups of farmers it was charging $105 per hectare regardless of whether the water was used or not.

They contend that a $7 per megalitre charge for the 15 megalitres per hectare allocation was too high.
ZINWA said the farmers’ reasoning was misplaced.

She added: “Water is billed using the allocation system and a blend raw water tariff is used. Upon entering into a water abstraction agreement, ZINWA reserves the appropriate allocation for the user in the dam. The water becomes exclusive to the user and no one else accesses it. The user then provides ZINWA with a schedule of quantities to be released at particular times until the allocation is exhausted. In instances where the user fails to exhaust the allocation, he or she still is expected to pay for the full allocation. This is a very efficient way of managing water resources which ensures water security for agreement holders.”

She said contrary to the farmers claims, ZINWA was not against the idea of prepaid water measuring devices.

“The installation of measuring devices allows users to stick to their allocations. The measuring devices only need to be placed at mutually agreed positions to avoid disputes. It is therefore prudent that farmers across the country do proper water budgets before providing ZINWA with their water requirements,” Munyonga said.

She said the authority’s maintenance teams were already on the ground servicing canals, contrary to claims that these were being neglected by ZINWA.

“Due to the fact that the canals are largely flowing throughout the year, maintenance is largely minimal, except during the shutdown period. ZINWA has religiously carried out major maintenance works to the canals as evidenced by the periodic shutdowns it carries with the recent shutdowns having been done from June 12 to 25 2017 for the Mutirikwi system which services largely Hippo Valley and Triangle Estates while the shutdown for the Manjirenji system which services the A2 farmers in Mkwasine was down between July 3 and 17 2017. The annual maintenance exercise for the Tokwane Canal is also expected to commence on Monday, July 31, 2017,” she said.

The shut downs are carried out in consultation with the farmers since they entail a complete stoppage of water releases with supplies being resumed once the maintenance work is completed, said Munyonga.