EDITORIAL COMMENT: Nation does not owe Mugabe a legacy 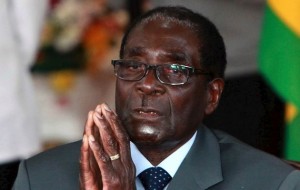 LAST week’s announcement that Cabinet has committed the national purse to spend $1 billion on the Robert Gabriel Mugabe University might have come as a shock to those who are in denial about the extent of the current leadership’s sense of entitlement.

But to many who have long become disillusioned with ZANU-PF’s designs for this country, this is yet another example of a leadership far removed from the grim daily struggles confronting the majority of the populace.

Granted, it is standard procedure, elsewhere, for former leaders to establish institutions as platforms to pursue public life after they leave office.

In the United States, this takes the shape of presidential libraries and foundations.
The foundations, in particular, often become money-spinning ventures as retired presidents embark on high-paying speaking tours.

This is a long way from the time, in January 1953, when Harry Truman left office penniless, travelled by train back to Missouri with no secret service detail and no pension.
Even next door, South Africa’s former presidents, post 1994, Nelson Mandela and Thabo Mbeki, both have established foundations.

Always insistent that he will manage his exit his own way, Mugabe, long considered an ascetic, seems to have decided to immortalise his name in grand, billion-dollar fashion.
We would not begrudge him this, if this huge tab were not foisted on Zimbabwe’s heavily taxed, but questionably represented, taxpayer.

For a start, one is hard put to find examples of billion-dollar projects initiated and completed by Mugabe and his successive ZANU-PF governments since 1980.

There are inevitable opportunity cost comparisons — a power station to add up to 1 000 megawatts, eliminate electricity shortages and provide energy for industry and mines; adequate funding for existing, under-capitalised State universities; revival of industries and the now mythical Matabeleland Zambezi Water Project.
The list is endless.

Each of these projects would be an enduring legacy project.

A State-funded, privately-owned billion-dollar university venture in the face of all these pressing national needs is in bad taste and makes it more of a vanity enterprise than a legacy project.
That the ZANU-PF government finds it fit to come up with this eponymous project the nation can ill afford is reflective of the ruinous narcissism that has stood in the path of this country’s progress.
Government has, since the post-hyperinflation phase began in 2009, run a National Budget averaging $4 billion.

It has struggled to provide adequate funding for key social services such as health, education, protection of the vulnerable and infrastructure development.

Government’s inability to provide an economic stimulus has led to conditions of abject poverty prevalent in the country today.

On the other end of the spectrum are critics and stubborn objective data showing the country has slid back, in terms of human development indicators, to 1970 levels.

Ultimately, the long-suffering taxpayers of this nation will pay for Mugabe’s pension.
It is churlish, in these circumstances, to ask the same people to pay for his legacy.
Leaders, especially those who have clung to power for more than a generation, owe nations enduring legacies. Not the other way round.