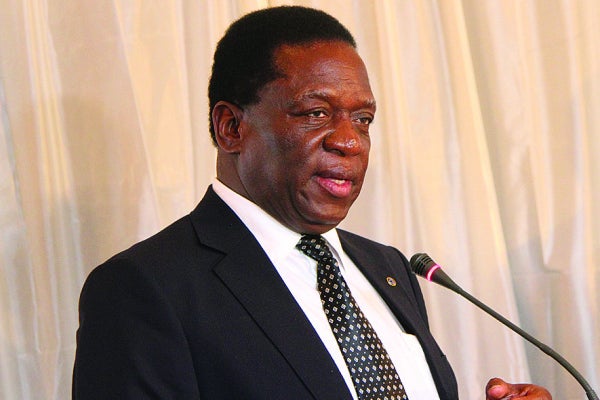 LAST week, the Grain Millers Association of Zimbabwe (GMAZ) vice-chairperson Masimba Dzomba said: “We are left with one month’s supply of wheat in the country.
We are talking to the RBZ (Reserve Bank of Zimbabwe) so that wheat stuck in Mozambique can be delivered to millers. But at the moment, there are no bread shortages as we still have one month’s supply.”

Then, at the weekend President Emmerson Mnangagwa told us: “I want my legacy to be that of a reformer. Let us reform the way we do things, reform our economy, reform our institutions, reform our mindsets and reform our legislation. We must turn our backs to old ways and embrace new methods.”

We hope that by juxtaposing these two utterances the point we wish to make will be better understood.

On that note, we wish to implore on the President to first work hard to reform his team’s mindsets and way of doing things because that is where the problems afflicting this nation are originating from. The reforms he is telling us about should start from the top.

Here we have a whole leader of a critical institution such as GMAZ who is not even ashamed to announce that we are okay on bread with only one month’s supply of wheat left.

As it turned out, the wheat ran out in the very same week and now there is no bread in shops!

From his tone he is quite comfortable that the country is importing what it used to produce. This is very sad indeed, to say the least, especially given that we are in the winter wheat growing season.

It is more than embarrassing that for decades we have imported wheat which we used to produce in abundance and this is all because many of the people who are leading us don’t even know what they are supposed to be doing to push this country and economy to a better level.

Would the money that the RBZ is being asked to pay for the wheat in Beira not have been put to better use if it is given to wheat farmers, even if it means the country not eating the bread for a few months?

We are, however, afraid to say that many in Mnangagwa’s administration will never understand what their leader is saying when he is talking about reforming the way we do things and think.

In fact, all this country needed to do was to copy, paste and improve on what we inherited from our former colonisers.

The late leader of then Rhodesia, Ian Smith, never mourned about sanctions like what Mnangagwa and company keep doing.

Asked about the United Sanctions slapped on Rhodesia after unilaterally declaring independence from Britain this is what Smith said: “Sanctions have had beneficial effects as well as detrimental effects. There is no doubt that the basic economy of Rhodesia has broadened tremendously because of sanctions. There has been an industrial revolution in Rhodesia. We are now producing and manufacturing goods, which I am told by our industrialists that we could not have been (producing) for another 10 years, had it not been for sanctions. When people are challenged you get a greater effort out of them.”

Indeed, while it is true that when one is put in a tight corner they perform wonders, the opposite is true for Zimbabwe because we have many who are in leadership positions who are doing us a lot of disservice.