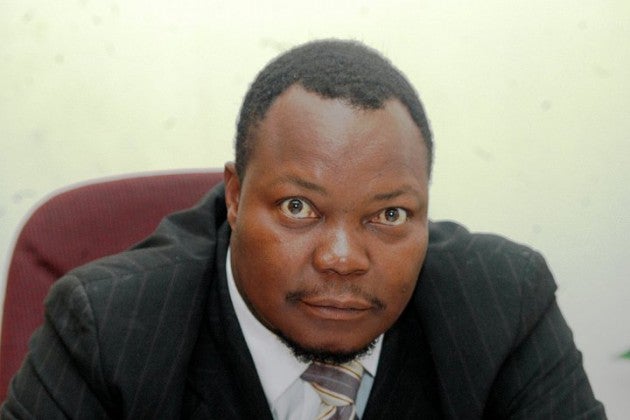 THOSE who have been following Zimbabwean politics since the country’s independence in 1980 are most likely wondering what all the hullaballoo is about over the statements made by ultra-controversial opposition MP, Job ‘Wiwa’ Sikhala.

Those who know this guy are never surprised by what comes out of his mouth because all unimaginable political vitriol has emanated from Sikhala ever since he became involved in student activism at the University of Zimbabwe in the late 1990s.

Sikhala ranks among some of the fiercest and unrelenting critics of former President Robert Mugabe’s regime and his Zanu PF party. Nowhere in the past 30 years that Sikhala has been involved in politics, has he ever been able to evade the temptation to be controversial. We are, therefore, surprised that veteran politicians like Simon Khaya Moyo are still being turned “red” by Sikhala’s utterances.

Maybe, we need to remind them a little of what happened in 2014 when this man called Sikhala raised so much dust that he was chucked into the slammer where he was tortured, but later released after the State failed to prove his involvment in a plot to topple Mugabe.

In November 2014, Sikhala was picked up by the police at Beitbridge Border Post following accusations that he was one of the many plotting to assassinate Mugabe. Some of the alleged coup plotters included Zanu PF stalwarts such as former Vice-President Joice Mujuru, Rugare Gumbo, Didymus Mutasa and Nicholas Goche.

Soon after being released, Sikhala wrote the following on his Facebook page: “I am just waking up now after my release from the hands of Robert Mugabe’s evil securocrats, who tormented me from yesterday in the morning to the early hours of today, trying to squeeze charges that I am plotting the tyrant’s overthrow. I told them that it is not only my desire to see Mugabe gone, but it is the wish shared by millions of Zimbabweans, both locally and in the diaspora, including the majority in his own party. I told them though it is the wish of us millions, I haven’t yet started plotting his downfall. Asking for evidence about the plot, they produced an inaudible voice recorder which makes the Ari Ben Menashe (tape) one the best recordings in the world. You can hardly hear anything.”

This is the kind of character those that want to press charges against him are up against. While his party has quickly buried its head under the sand, they should have done their homework before re-admitting him back into the party after he previously left with other members, protesting dictatorship in the opposition party. He even formed his own party, MDC-99, which hardly made any political impact.

So, it is our considered view that this new saga surrounding Sikhala is just another of those political sideshows, which, we are afraid to say — if Zanu PF and the present regime take keen interest in — will only serve to complicate their re-engagement efforts with the international community. If, by some really possible chance, President Emmerson Mnangagwa’s regime decides to arrest Sikhala and other MDC leaders, then it would be very foolish of them. At this point, Mngangagwa should be mature enough to walk away from this issue and not allow his colleagues to be excitable and driven into viciously dealing with political motor-mouths like Sikhala.

This issue is just an inconsequential storm in a tea cup.