FOLLOWING President Emmerson Mnangagwa’s rise to power after the November 2017 coup that ousted long-time strongman Robert Mugabe from the presidency, the new Zimbabwe administration stood a good chance of being re-admitted into the global family of nations, with the Commonwealth expressing a desire to welcome the southern African country back into the fold. 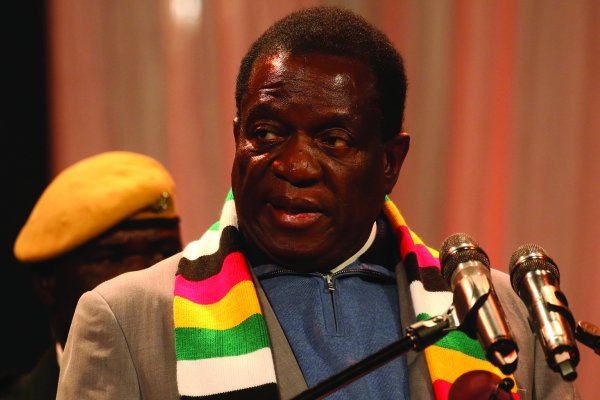 The return to the Commonwealth, however, was only going to be possible if the new administration — which had branded itself the Second Republic — made right the wrongs made during Mugabe’s reign including embracing democratic values and respecting human rights.

Mnangagwa had such a huge blank cheque, but slowly, that opportunity had been blown away, especially following government’s recent heavy-handed response to protestors who took to the streets against the ever-increasing cost of living. With the brutal crackdown on protestors — which is sadly still ongoing in some parts of the country — we are as good, or bad, as back in the club of the world’s Pariah states.

Because of such conduct, Zimbabwe is every day sending a message to the world that it is not open for business. It needs no record scientist to foretell that no investor would risk pumping money into such a volatile State where people’s rights are butchered left, right and centre by a rogue-like military with no compunction.

It is against this backdrop that Britain’s Commonwealth minister, Lord Tariq Mahmood Ahmad, has raised concerns over Zimbabwe’s suitability to return to the grouping of former British colonies. The Commonwealth observer mission at the July 31 elections gave a negative report. Then came the August 1 shootings. And now the current spate of military brutality against unarmed citizens. All these are negative indicators for a country that had been given a benefit of the doubt to make good the opportunity presented by Mugabe’s departure from the political scene.

Several European Union countries as well as the United States — which are major players in the global economy compared to the fringe outposts that Mnangagwa has been visiting lately — have all condemned the government crackdown and it is highly unlikely that they will be willing to work with the current administration and help it on the economic recovery that it desperately needs.

One way of demonstrating government’s commitment and make good its claims that it has departed from the Mugabe way is for Mnangagwa to fulfil his promise to deal with rogue State security agents accused of brutalising civilians. Without that, then we are on our own, and perhaps worse off than we were under Mugabe. This is the time for Mnangagwa to make hard decisions as Head of State. It is not good enough to just promise things on social media. Justice must be seen to be done.