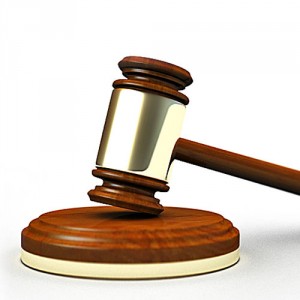 Tendai Mangwiro’s victory is a victory for justice, and is likely to send a clear signal to international investors

HIGH Court judge, Clement Phiri, this week delivered a judgement against the Ministry of Home Affairs that is likely to mark an epoch in the country’s jurisprudence.

Phiri ordered the Minister of Finance, his permanent secretary and the paymaster-general to garnish the Ministry of Home Affairs’ account and compensate Tendai Mangwiro, who lost $1,5 million to the police after they seized the businessman’s money in 2008. He clearly indicated that failure to do so would render the civil servants to be in contempt of court.

Despite earlier judgements in favour of Mangwiro, he had failed to recover the money from the police, and found no succour from then Home Affairs Minister, Ignatius Chombo. Even Treasury had frustrated the man’s desperate search for justice.

Mangwiro’s victory is a victory for justice, and is likely to send a clear signal to international investors that the courts will seek to protect the population against abuse suffered by individuals, corporate institutions and other parties in the hands of powerful government figures and institutions.
The judgement also sends a clear message that government assets are within reach of aggrieved parties who have been deliberately prejudiced by State institutions.

While the judgement is not far reaching in terms of its effect, there is now need for the courts of law to deal with the section 5 (2) of the State Liabilities Act (Chapter 8:14), whose constitutionality Mangwiro challenged before High Court judge, Justice Edith Mushore last year.

Section 5 (2) of the Act provides that State property is immune from attachment and execution, and that in circumstances where the State finds itself to be a judgement debtor, any amount owed by it should be paid out from the Consolidated Revenue Fund.

Parastatals and government departments have used this Act to cover themselves from the consequences of injurious actions against individuals and businesses over the past few years.

Such impunity is harmful to confidence in the economy and could result in credible economic players shunning any commercial deals with government and parastatals.

Mushore declared the challenged section of the State Liabilities Act “to be inconsistent with the Constitution of the Republic of Zimbabwe and is therefore invalid”.

The Constitutional Court subsequently ruled that Mushore had erred in referring the case to the highest court in the land, and declined to neither confirm nor nullify her judgement.

The hope is that when the High Court finally reviews its own judgement, it will confirm, and seal, Mushore’s decision to inspire confidence in the judicial system.

The time for impunity by State institutions deliberately refusing to pay debts is over. It should be both illegal and immoral.

Newer Post
Mines Bill back in Parliament
Older Post
Is this how much Zimbabwe values its Elephants?