Mines Bill back in Parliament 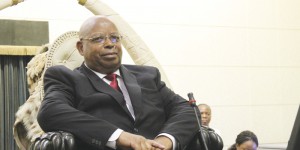 Source: Mines Bill back in Parliament | The Financial Gazette April 12, 2018

THE Mines and Minerals Amendment Bill has been brought back to Parliament after having been referred to the attorney general for review, Speaker of Parliament, Jacob Mudenda, has disclosed.

Parliament, which had taken a break, resumed sitting this week.

“There were some consultations that had to take place between the Minister of Mines and the attorney general on one or two phrases. That has been done now. The Bill is at its second reading. When Parliament resumes sitting (this) week, it should be able to pass through. I’m very much satisfied with the process,” Mudenda told The Financial Gazette.    By Kenneth Matimaire