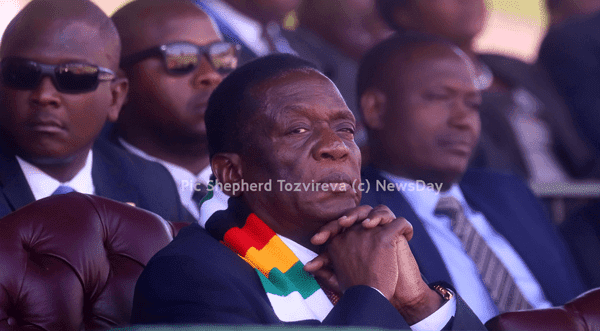 ZIMBABWE has for a long time looked West or East, but in the last two decades it has become disoriented as it can’t concentrate on one direction and most often ended up with an empty bowel. Probably it is time it makes a decision on which side it wants do most business with.

President Emmerson Mnangagwa last week was in Japan attending TICAD, where the hosts promised to provide US$20 billion to Africa for infrastructure development. Zimbabwe media was awash with the news, but more importantly very little was written how this would be implemented and the funding qualifying criteria.

Last year, Mnangagwa was in Davos, Switzerland, where he wined and dined with Western leaders and capitalists, who too promised to support investment into Africa in general and Zimbabwe in particular. However, to date very little has happened with the Western powers and global north capital insisting that Zimbabwe should implement political and economic reforms first.

In September 2018, Mnangagwa also attended the China-Africa Summit in Beijing, where the Chinese leader President Xi Jinping promised to provide US$60 billion funding to Africa. The new funding brings to US$120 billion the Asian giant and second biggest economy has provided to the continent in the past five years.

Jinping in his address said “China values sincerity, friendship and equality in pursuing co-operation. The over 1,3 billion Chinese people have been with the over 1,2 billion African people in pursuing a shared future. We respect Africa, we love Africa and support Africa. We follow a ‘five-no’ approach in our relations with Africa; no interference in African countries’ pursuit of development paths that fit their national conditions; no interference in African countries’ internal affairs; no imposition of our will on African countries; no attachment of political strings to assistance to Africa; and no seeking of selfish political gains in investment and financing co-operation with Africa.”

It is clear that both the East and West see Africa as the region that provides better returns to their investment. It is also common cause that Africa as a region has the largest reserves of precious and semi-precious metals in the world. Africa’s climate is also known to be one of the best in terms of its potential for agricultural production. May I put it too that Africa has a growing literate population that makes investment in it worthwhile since it has the requisite human resource capital.

However, Africa has largely remained in the colonial cocoon where the regions or countries have failed to fashion their own foreign policy distinct from their colonial history. The colonial umbilical chord has not been severed nearly three decades after the last country became independent.

It is in this dilemma that Zimbabwe still finds itself entangled, despite its 40 years of independence. Mnangagwa despite his rhetoric on development cannot come out openly and say on which side is he batting for. He still runs with foxes and hunts with the hounds.

The sooner Mnangagwa and his administration decide which side to look and interact with, the better for the country. Double-dealing and double-dipping will not get the country anywhere. It has to decide now on which side we are.

However, deciding which side to deal with is only part of the solution. Zimbabwe has to know and decide what it wants for itself. More importantly, with a clear foreign policy idea, it still has to learn and grasp the element of negotiating good deals not for the leaders, but for the nation.

This has reminded me of the picture of Mnangagwa and his delegation meeting with their Japanese counterparts that went viral on social media. In the picture, the Zimbabwean delegation was seated with no notebooks or pens on the table while each of the Japanese had a pen and notebook ready to scribble notes of the discussion.

Is it that Zimbabwe sends a group of tourists to serious business discussions or these are simply incompetent people who travel for the per diem? In my view, the latter seems close to the truth considering the lopsided agreements that we see in Parliament for ratification.

Could it be time that Mnangagwa, like President Cyril Ramaphosa of South Africa, makes full disclosure of who travels with him to these negotiations? Which government officials, businesspersons and trade advisers travel on his entourage? What are their competencies and brief during the talks?
The government of the day, which has a citizens’ mandate should make the bold decision on our foreign policy now. Zimbabwe cannot continue to muddle through, without us making a conscious decision on which side it is. Otherwise, the indecision is a recipe for disaster as the foreign powers being courted would remain with doubts about Zimbabwe’s integrity, hence they too would remain ambivalent or sitting on the fence.

Former President Robert Mugabe’s decision to Look East was forced on him by the sanctions imposed on Zimbabwe by the Western countries after 2000. It was a kneejerk reaction, which had no solid planning behind it. Can the Mnangagwa administration nail its flag to the mast and decide which side is Zimbabwe on and honestly start negotiating deals that would serve the State better? The jelly-like foreign policy has to end.