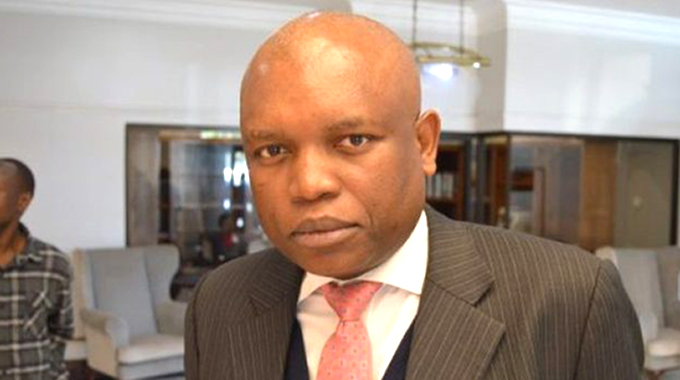 BY DESMOND CHINGARANDE
PRESIDENT Emmerson Mnangagwa’s son-in-law, Gerald Mlotshwa is in the eye of a storm after he allegedly transferred his client’s properties to a company owned by the Zimbabwe National Army (ZNA) without the owner’s consent.

Mlotshwa is a commercial lawyer and owns GN Mlotshwa and Co Legal Practitioners.

The issue came to light after Mlotshwa’s client, an Oman-based businessman, Thamer Said Ahmed Al Shanfari, went to court demanding back his properties.

Mlotshwa said he should not be included in the proceedings of the main case, but High Court judge Justice Paul Musithu dismissed his arguments.

“It is partly because of the respondents’ conduct that proceedings were instituted therein. For the foregoing reasons, this court is satisfied that this is an appropriate case for the joinder of the respondents in the main matter,” Justice Musithu ruled.

Court papers dated October 24, 2019 state that Shanfari filed the main application seeking the placement of a caveat over four immovable properties, all in Glen Lorne.

The Oman businessman said the properties were acquired through his own finances between 1999 and 2001, and were to be registered through a trust, of which he was the majority shareholder.

Documents pertaining to ownership of Shanfari’s properties were in the hands of Muchinguri’s lawyers, GN Mlothswa and company and Mlotshwa himself.

Around 2012, Shanfari engaged Chibune & Associates Legal Practitioners to handle his legal affairs pertaining to his various business interests in Zimbabwe.

A principal partner from Chibune & Associates fell ill and Shanfari had to engage Mlotshwa to take over around March 15, 2012.

Mlotshwa was allegedly given original copies pertaining to the property for safekeeping.

Mlotshwa confirmed receipt of the document by email on March 21, 2012, and his employee, one Timothy Mazongo, said he received the files.

He said the properties were vacant when he purchased them, except for a small structure on Stand 99, Glen Lorne, Harare, which had been demolished to make way for the main structure.

In the application for the caveat HC 8780/19, Shanfari claimed that on February 27, 2019, his agent Alan Passaportis received a letter of demand from Muchinguri’s lawyer, Mlotshwa.

It claimed that the Defence and War Veterans ministry had regularised ownership documents for the properties under one of its investment companies, Folyjon Gardens (Private) Limited under Rushwaya.

Kadani also demanded documentation pertaining to the alleged regularisation of ownership of the said properties and clarification as to ownership by Rushwaya.

Court documents say: “Attempts to get the said information were all in vain, prompting the applicant to institute proceedings under HC 8780/19. He claimed that the conduct of the fourth to eighth respondents pointed to the possibility of a fraudulent disposal and transfer of title in the said properties.

“In their opposition in HC 8780/19, the first and second respondents raised preliminary points at the outset alleging that the applicant had not offered security. They also said Shanfari was a fugitive from justice with two outstanding warrants of apprehension and that he was also a prohibited immigrant.”