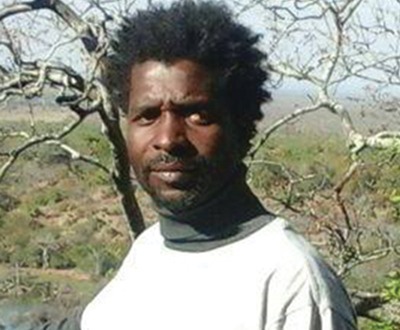 THERE are some weird winds — winds sweeping corruption in high places — blowing across Zimbabwe since November 2017. No one can tell which direction the tornado will blow, but a pattern is emerging — some political honchos falling foul of the administration are in the eye of the storm.

President Emmerson Mnangagwa after assuming power in the aftermath of the first coup in Zimbabwe’s history, was long on rhetoric and short on action. He promised that he would fight corruption, drain the swamp so to speak.

There was an air of expectation that for once he may have learnt from his predecessor — the late Robert Mugabe — that corruption has to be exorcised from the body politic to take the country forward.

Many of the G40 kingpins — Jonathan Moyo, Saviour Kasukuwere, Paddy Zhanda, Walter Mzembi and Patrick Zhuwao — went into exile. Zimbabwe had become unsafe for them, especially after the military said it was targeting criminals surrounding Mugabe.

The line had been drawn — albeit in the sand — and naturally if the winds swept it would be erased. Mnangagwa within two months had issued a dire warning to businesses who allegedly had externalised millions. He threatened that there would be a price to pay if the money was not repatriated in three months. It is now a question of historical record that nothing came and his sterility was laid bare.

Mnangagwa changed tact and started targeting political elites and those in State institutions, but with very little success except clearing the decks in the party or system for new politically correct appointments.

The first scalp claimed was that of Prosecutor-General Ray Goba. Goba had not served more than two years in the hot seat where his predecessor Johannes Tomana had been unceremoniously booted out.

Even with Goba out of the way and a special anti-corruption unit reporting to Mnangagwa directly, arrests and convictions have remained minimal and the phrase — catch and release — becoming common parlance among the citizens in relation with the fight against corruption.

Ministers Prisca Mupfumira and Obadiah Moyo were arrested on corruption charges, but have been out on bail and their trials still to commence months after being put on remand. On the other hand, Samuel Undenge a former minister in Mugabe’s Cabinet and G40 faction member is now languishing in prison for corruption. His in-laws’ farm in Kwekwe next to Mnangagwa’s farm has since been appropriated by the military into some sort of a garrison.

Bere is accused of interfering with a case before another judge. His hearing has been chaotic to say the least and concluded this week with the judge and his legal team boycotting the proceedings. It goes without saying that the proceedings lacked decorum of judicial processes. The country awaits a finding and recommendation that can be said to be the worst guarded public secret — Bere is toast — no person brought before a tribunal has lived to tell the tale.

Muchengwa, among others, is being accused of interfering with investigations, receiving bribes and passing on confidential information concerning matters that he was investigating and whether he presided over matters that he had a conflict of interest.

It would be interesting during the hearing to know the personalities that the commissioner tried to protect or who paid him bribes.

The tribunal for Zimbabwe Land Commission commissioners is weird.

On the face of it, it is clear the issues they are accused of are true. It is common cause that women in Zimbabwe like youths and farm workers have complained of having been left out among land reform programme beneficiaries.

It is true that the question of tenure is still problematic that is why banks are reluctant to lend money to resettled farmers.

It is a fact that the Charles Utete land audit report on beneficiaries has not been made public and so is the Zimbabwe Land Commission National Comprehensive Land Audit Phase One Report.
It is now common cause that these audit reports are being used for political reasons — besmirching of political opponents — or forcing them into silence.

This is not how corruption is fought. This is consolidation of power using State resources and public office.

It is a good start to commence with investigating cases highlighted in Auditor-General Mildred Chiri’s annual reports on ministries, parastatals and local authorities.

It would be wonderful to audit and prosecute those who profited from Command Agriculture and more recently procurement of COVID-19 consumables. Or this may be asking too much from the eminent citizen?