Eff Plans to Take on Africa Starting with Zimbabwe’s Mnangagwa

The Economic Freedom Fighters (EFF) have set their targets on Africa as the party plans to spread their message across the continent. The first country on their list is Zimbabwe after a former Zimbabwean minister, Patrick Zhuwao, 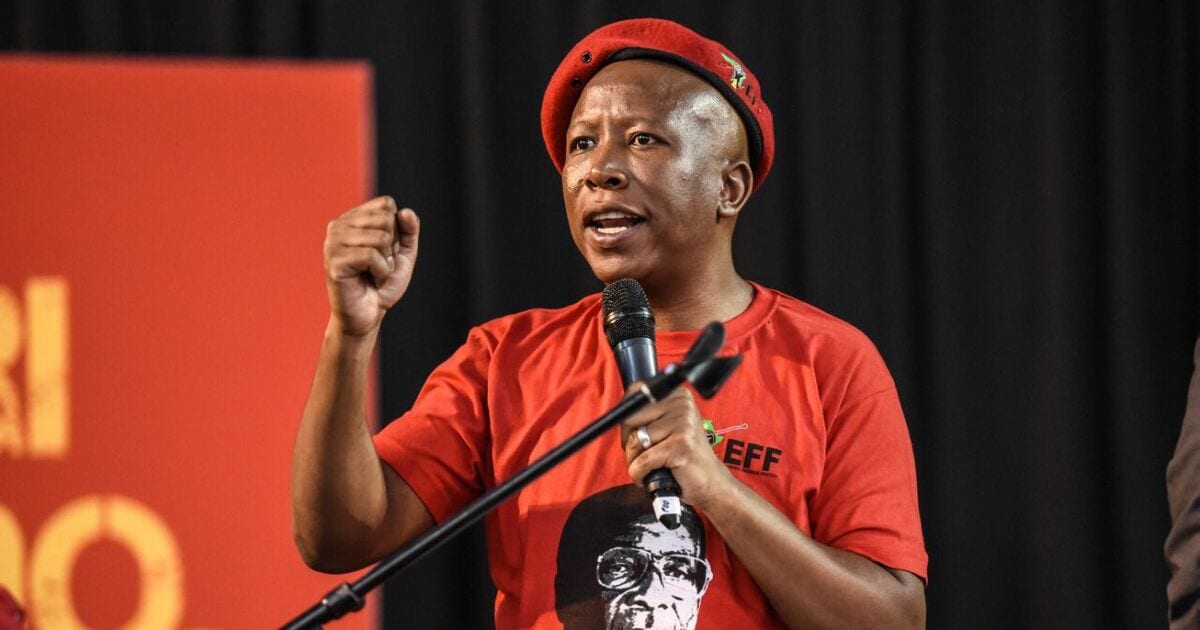 – A former Zimbabwean minister has joined the party, bolstering its efforts to dislodge President Emmerson Mnangagwa

The Economic Freedom Fighters (EFF) have set their targets on Africa as the party plans to spread their message across the continent. The first country on their list is Zimbabwe after a former Zimbabwean minister, Patrick Zhuwao, joined the EFF. Briefly, .co.za learned that this gives the EFF a legitimate reason to go after President Emmerson Mnangagwa and challenge his rule. “Consequently, I have applied to join EFF as a fighter and ordinary card-carrying member in a branch within Gauteng Province.

I am happy to work as a ground fighter. I do not seek elected office; as a refugee, I am not eligible anyway,” Zhuwao said. “I have already served in senior leadership positions within Zanu-PF from the time I was elected district secretary (similar to subregion) in 1995 and rose through the region, province and national levels to the Zanu-PF politburo. I am putting aside my ego to help Africa develop a political culture that detracts from the entitlement mantra that has become so pervasive in liberation movements. We must fix the continent,” said Zhuwao.

The minister is currently in exile in South Africa and claims that under the current regime Zimbabweans are suffering according to city-press.news24.com. “It’s not just exiled [former president Robert] Mugabe ministers who are affected but other economic and political refugees from Zimbabwe who are scattered throughout South Africa, the continent and the whole world,” said Zhuwao. Zimbabwe is currently plagued by a myriad of problems, ranging from corruption, lack of foreign currency, drought and sanctions.

The scarcity of fuel and power have resulted in the annual inflation rising to 440%, the second-highest in the world. Mnangagwa’s current opposition, Nelson Chamisa, whose ideas differ widely from the president’s, has left the country divided across party lines.

Zhuwao said that while the Zanu-PF is in power and no reforms are carried out it would be an act of futility to contest the 2023 elections. Here is where the EFF enter into the picture.

The party decided at their recent leadership election to take the party international and spread across the continent of Africa. “I agree with CIC Malema’s view that Mnangagwa can be defeated. Chamisa won the 2018 presidential election which was stolen as proven in Professor Jonathan Moyo’s Excelgate book. Whilst I am not a member of MDC, I, however, respect the democratic expression of Zimbabweans who electorally expressed their wish for Chamisa to be president of Zimbabwe,” Zhuwao said. The EFF already have parties using their name in Namibia, Liberia, Malawi and Zimbabwe. The party has already enjoyed some success in Namibia after winning two parliamentary seats.