Election Violence 2008 – here is the evidence 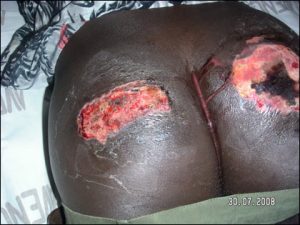 The Zimbabwean newspaper published numerous verified reports of election violence in 2008. Here is a selection from our archives for anyone whose memory needs jogging.

HARARE – The horrifying political violence being perpetrated by Zanu (PF) militia have reached alarming levels with reports showing that more and more people perceived to be MDC supporters continue to be beaten up resulting in over 20 MDC activists being killed in just one month.

In the past week alone, five MDC activists have been killed by Zanu (PF) militia including soldiers.

These are; Tabitha Marume of Makoni West in Manicaland was shot and killed by soldiers at Chiwetu Rest Camp. Percy Muchiwa, a teacher in Guruve was on Monday beaten to death by Zanu (PF) supporters in Bakasa area.

Tenos Manyimo and Bigboy Zhuwawo both of Mbire in Mashonaland Central died on Sunday when they were seriously attacked by Zanu (PF) militia for being MDC supporters.

In another brutal act of force in Shurugwi, Midlands province, Clemence Dube of Poshayi Village in ward 12, was killed after he was assaulted by Zanu (PF) supporters and war veterans on 28 April.
Dube, an MDC polling agent, has since been ferried to Bulawayo for a post mortem.

Thousands of people have been displaced while hundreds have been seriously injured and are hospitalised in various hospitals across the country as the violence by Zanu (PF) militia and youth continues to increase at alarming levels.

Unarmed villagers in Makoni West, Manicaland on Monday managed to confiscate rifles from three soldiers and 10 war veterans who had descended in the area and were harassing and beating up innocent people.
They threatened to shoot everyone on sight, accusing them of voting for the MDC.

The villagers managed to report the issue to the police at Headlands Police Station and handed the firearms to the police officers.

Tichanzii Gandanga, the director for elections, Harare province was abducted by the Zanu (PF) militia on 18 April, 2008 and was severely assaulted for four days before he managed to escape and is currently seeking medical attention at a hospital in Harare. Gandanga sustained broken legs.

The MDC would like to let the people of Zimbabwe know that the party is fully aware of what is happening and will offer assistance to those in need of humanitarian assistance, said a statement released on Friday.

Vice-president Thokozani Khupe said that once the MDC was in government it would offer compensation to all those who had been displaced or injured by the Zanu (PF) regime.