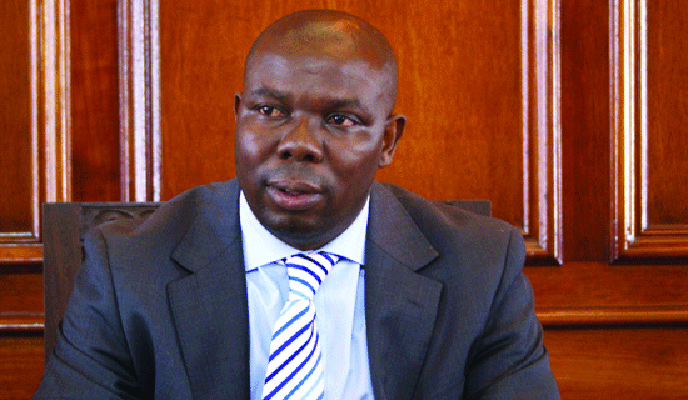 BULAWAYO deputy mayor and MDC-T Bulawayo provincial chairperson, Gift Banda, yesterday apologised for the bloody intra-party clashes that rocked the city on Sunday and pledged to ensure the perpetrators were brought to book.

Banda’s apology came a day after he together with 11 other MDC-T activists were released on bail following their arrest in connection with the clashes which involved supporters from the opposition parties’ two rival camps.

The clashes were centred around leadership of the party, with deputy president Thokozani Khupe refusing to recognise Nelson Chamisa’s recent nomination as party president.
Khupe’s faction insists that she is the rightful heir to the post left vacant after the death of MDC-T founder Morgan Tsvangirai.

“But that as it may be, I unreservedly condemn all forms of violence in the province. We will do everything internally and outside to make sure that all those involved face the consequences,” Banda said.

“As a party, we categorically express our profound and sincere regrets to our supporters, members, residents, motorists and the society at large for the ugly scenes of violence witnessed at our provincial offices.”

On Monday, the MDC-T leadership dispatched its secretary for security, Giles Mutsekwa to investigate the Sunday violence, and make recommendations to the national council on the way forward. Banda said the provincial executive was also executing parallel investigations so as to take disciplinary action against the perpetrators.

He, however, said the provincial executive could not take any disciplinary action against Khupe, saying only the national council could deal with her and other top party leadership.

A meeting organised by Khupe at the MDC-T provincial offices was cut short following the violent skirmishes. Banda, insisted the meeting was not sanctioned, and clashed with an elections directorate meeting called by his executive in line with the party’s constitution.

“So it’s clear that on the particular day, as a province, we had a programme, and that particular programme was for the elections directorate to come in and explain the details, the template for the selection of candidates for the coming elections.”

“We have got a robust committee system that guides our programmes. The has a responsibility of organising party meetings requested by the party leadership, but on that particular day, the meeting that happened and I have said as the chairperson it was never brought to our attention.”